Legendary media personality Roger Mugisha has reportedly traced his roots back to Radio Sanyu after 20 years.

Roger Mugisha joined 88.2 Sanyu FM in 1996. Young Roger who was still at university was a star at Uganda’s pioneer radio station. In 1999, he joined Capital FM where he hosted the Late Night Date.

In the early 2000s he birthed the ‘Shadow’ idea, had a dance crew – the Shadow’s angels, and was known as DJ Shadow.

In 2004, he got born again, renounced and dissolved Shadow’s angels and became a pastor.

The forever young-faced Roger needs no introduction. He is known among peers for his love for music since high school days. He has hosted countless corporate and music events. Now a family man, he will sure add great value to Sanyu FM and attract his generation back to listening to Sanyu FM. His creativity will keep the younger generation hooked.

SoftPower News wishes popular Roger Mugisha who graced covers of Magazines as one of Uganda’s outstanding personalities, a great return to radio. 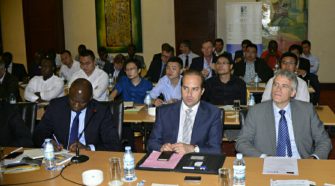