NASA and Kenya opposition leader Raila Odinga has said he is going to  the Supreme Court  to dispute the concluded  presidential elections.

Incumbent Uhuru Kenyatta was declared winner by the Independent Electoral and Boundaries Commission (IEBC) after August 8 polls but Odinga contested the results.

On Wednesday afternoon, the NASA leader said he would go to court in protest against what he termed as computer generated results.

“By going to court, we are not legitimizing misplaced calls by observers but seeking to give to those who braved the long lines in the morning chill and hot afternoon,” Odinga noted.

According to Odinga, by going to court, he wants to show the world that the August polls were marred with fraud adding that the subsequent declaration of Uhuru Kenyatta as winner of the election was illegal.

“By going to court, we are   acting on behalf of many individuals who have been blocked from seeking redress in courts of law,” he added.

The NASA leader said he would not be party to   ‘cooked’ results got from non -existent polling stations.

“There was the bizarre phenomenon of Uhuru Kenyatta’s lead staying at around a consistent 11 percent throughout the release of the results.”

He retorted, “Such a fixed margin has never been maintained throughout any democratic election anywhere in the world. We will show how they shamelessly cooked results.” 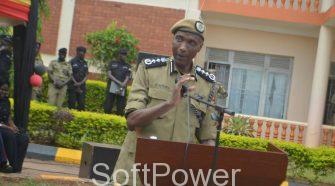