GOMA – Only a few days after reopening to tourists in the Virunga National Park, a wildlife sanctuary in Democratic Republic of Congo (DR Congo), a ranger indentified as Freddy Muliro has been killed during clashes between the park wardens and militia from Mai Mai group in the east of the country.

A statement from Virunga on Friday described as “a deep tragedy” the killing of Freddy during an attack on a ranger position on Thursday March 7 in the park’s central sector.

“We are in deep mourning for the ranger Freddy. It’s a tragedy that his young life has been cut short in dedicated services to Virunga,” Emmanuel de Merode the chief warden, said in an email to this news website.

“Now more than ever, the death of ranger Freddy highlights the very real threats to our rangers in the protection of Virunga National Park”.

Ranger Freddy’s death marks another devastating loss of our rangers, taking the total to 176 who have died in the line of duty

The Africa’s oldest national park reopened to tourists last month after it closed its gates to visitors in 2018 following the death of a ranger and the abduction of two British tourists by rebels.

Virunga national park is home to a world-famous population of mountain gorillas but the park has often been hit by wars and political conflict that ravage eastern DR Congo.

It’s considered to be one of the world’s most dangerous conservation areas, with statistics indicating that over 180 park rangers have been killed by rebels or poachers or smugglers in the last two decades.

Last April, six rangers died in an ambush and this loss of life was the worst in a single incident in the park’s history.

Before it was closed to visitors last June, Emmanuel de Merode, who is director of the park, said the decision had been taken reluctantly to close Virunga to tourists until the end of the year to allow a thorough review of security precautions and reinforcement of the 700 rangers deployed to keep animals and visitors safe.

Now as the park reopens, management has promised to do “things a little differently – offering a set of packages which give visitors the opportunity to experience the Park’s most popular offerings, including Nyiragongo and mountain gorilla treks,” Park authorities said.

“In addition to the change in booking options, transport to, from, and inside the Park will be carried out exclusively by Virunga National Park and is included in package rates.”

The closure of the park was triggered by the death of a ranger and the abduction of two British tourists by Congolese militia.

In May last year, Mai Mai –a local militia group attacked a vehicle that had been carrying tourists from the city of Goma, about 30 miles from the park headquarters, to their accommodation. 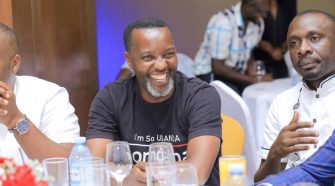