The so-called NRM Rebel MPs that were blocked from attending the party retreat at the National Leadership Training Institute (NALI) in Kyankwanzi have threatened to sue the party leadership for denying them their right to associate.

They noted that this is a clear indication of the dwindling democracy within the ruling party having denied them their right to associate as well as having diverget views.

“We decided to take the party leadership to Court to challenge this act of illegally blocking us from participating in party activities yet we are fully subscribed members,” noted Mangiya County MP, John Baptist Nambeshe.

Nambeshe noted that the party caucus has neglected the role that would be played by the party disciplinary committee headed by Haji Moses Kigongo if the allegations that they are errant members hold grounds.

“We have never been summoned before any party organ which has the mandate of disciplining any errant members,” Nambeshe said.

He added that, “The constitution allows us to exercose our fundamental rights to associate and express our views. This is unconstitutional and a total contradiction of what took Museveni to the bush”.

Buyaga County MP, Barnabas Tinkasimire said that a total of 21 members were never invited to attend the retreat unlike the earlier communication that was announced by the caucus leadershil of only 6 members.

“Naming the six was only character assassination but 21 of our group members have not been invited to attend the retreat and we are all being accused of voting in favour of the constituents during the 2017 Age Limit amendment bill,” Tinkasimire said.

“I associate myself to the decision of my colleagues to drag the leadership to court for denying our right to associate as caucus members. This act shows the shrinking space of democracy and the lack of right to express varrying views,” Acidri said.

“In a party which is full of contradictions with no room for open debate, I rather be called a rebel or a badit,” Acidri added.

Lwemiya County MP, Theodore Sekikubo noted that the group will as well hold severl meetings in the due coarse and will be following all the events taking place in Kyankwanzi and will be updating the country.

The affected NRM leaning legislators include those who have for years been tagged ‘Rebel MPs’ for their strong criticism of the practices of the ruling party. The party says they don’t deserve to be invited in such meetings yet they have been against almost each of the decisions taken by the party.

Addressing reporters earlier this week, the NRM Caucus Publicity Secretary, Margaret Muhanga said; “There have been some members of the NRM who have been fighting the party, we don’t have a lot of people that we disagree with, we can’t leave the 6 members to drag the party behind”.

“If we are trying to forge unity and then somebody is pulling us behind, then you can’t keep with them,” she added. 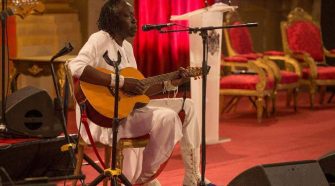