GOMA – At least eight people and one soldier were killed on Saturday night in Ndosho, in the neighborhood of Goma, North Kivu by suspected rebels, witnesses told this news website on Sunday.

Yassin Gius, a resident of Ndosho said the overnight raid also injured several residents while goods and animals were also looted by the attackers.

Attacks on civilians and rebel groups are common in the east of the country which is the epicentre of both DR Congo’s most deadly Ebola outbreak having killed more than 548 people and surging violence perpetrated by armed groups, making difficult for health officials to monitor the virus.

Most attacks in recent years, have been attributed to the Allied Democratic Front (ADF), an islamist group of Ugandans that’s been active in DR Congo for more than two decades.

On Friday, an international humanitarian medical organization also known as Doctors Without Borders suspended medical activities at Katwa and Butembo, the current two hotspot areas of an Ebola epidemic in eastern DR Congo after two of its facilities were torched by unidentified militia.

“In light of these two violent incidents, we have no choice but to suspend our activities until further notice,” Doctors Without Borders Emergency Desk Manager, Hugues Robert said in a statement.

The attacks on the treatment centres occurred on Sunday and Wednesday. The two centres had admitted 57 patients at the time of the attack and 15 had been confirmed to have Ebola. 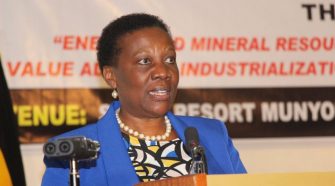