Rwandan gospel singer, Kizito Mihigo, a renown critic of President Paul Kagame who was last week arrested by Police while allegedly attempting to illegally leave the country for Burundi, has been killed in a police cell.

Kizito is among the 2,140 prisoners who were in 2018 set free when he was handed a presidential order of mercy after serving four years of his 10-year sentence.

He had been convicted of among other other charges plotting to kill President Kagame and top government officials, engaging in activities aimed at destabilising the country, inciting hatred against the government and forming alliances with outlawed groups.

Now, as one of the conditions of the presidential order of mercy, Mihigo was banned from leaving Rwanda without judicial permission.

Police said on Friday that Mihigo was arrested by residents at the Rwanda-Burundi border as he attempted to cross using illegal roads allegedly to join rebels in Burundi fighting against Kigali administration. As such, Police said the singer was to be charged with bribery and attempting to leave the country for the purpose of going to join a rebel group.

Mihigo, 38, was thereafter detained at Remera Police Station where he spent three nights before reportedly finding him dead Monday morning. Police has since claimed the singer commited suicide.

The musician was once the “blue-eyed boy” of the Rwandan government. He accompanied President Kagame on foreign trips to celebrate Rwanda Day abroad. Mihigo sang the national anthem at state events courtesy of his amazing vocals and piano skills.

He was a high-flying, well-connected personality, until his arrest in April 2014, a few days to the 20th commemoration of the 1994 Genocide against the Tutsi. His arrest left many of his fans in Rwanda and abroad in shock. And it was not just the arrest but the charges he would face a few days later too.

A number of commentators believe that Mihigo was actually killed by the regime who has had a 24-hour surveillance over him since releasing him in 2018. Kagame administration is widely accused of assassinating dissidents living both in the country and abroad.

Kagame’s administration has been accused of killing former Rwandan spy chief and Kagame critic Patrick Karegeya, who was found strangled in a Johannesburg hotel in 2014. Kagame denies his government had anything to do with the killing but warn that those who betray their country will “pay the price”. Has Mihigo paid the price?

Last last in March, when commenting on the 1998 killing of exiled opposition leader Seth Sendashonga, a fierce Kagame critic, who was gunned down in the streets of the Kenyan capital, Nairobi, Kagame said he had little to said on claims that his Hit Squad was behind the murder. He was however quick to say that “I am also not apologetic about it.” 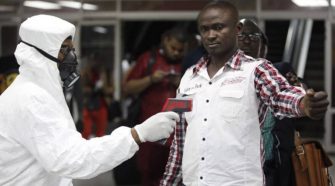 Uganda: WHO, Ministry of Health Step Up Surveillance Amid New Ebola Cases in DRC