The Regional National Debate Championships continue to gather momentum with the latest victors being Janan Secondary School and St. Catherine Girls School who won the Luwero and Lira regions respectively.

The regional debates were launched on June 8, 2019 and will climax in December this year with the National Debate Championships at Parliament of Uganda premises.

While speaking at the Luweero regional tournament on Sunday, the National Debate Championship Executive Director, Gasta Kakaire revealed that the regional competitions shall cover a total of 250 schools out of the selected 17 regions in the country.

“I am thrilled by the growth of debate education in the country from a handful of schools we began with in 2009 to now over 450 schools”.

“The teachers have played a remarkable role in taking the standards higher as many have embraced debate as not just a co-curricula activity but one enhances both teaching and learning,” Kakaire said.

The National Debate Championship, Board member and ICare Foundation Executive Director, Isaac Kigozi who presided over the event in Luweero appreciated all the schools that participated in the debate which enhances several abilities of a student.

Kigozi told the participants that learning the skills and practice of debate is still highly relevant and it can help enhance one’s day-to-day life.

“We are all very excited about the many opportunities debate has and continues to offer to young people both in and outside class,” Kigozi said.

The topics debated included corruption, whether its main cause is poverty and what would be the suitable punishment for corrupt officials .

Janan SS and Kakoola SS debated in the final and the former emerged winner. 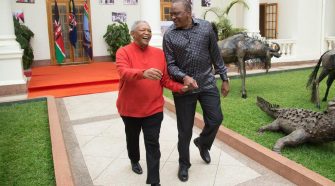