Minister for Ethics and Integrity, Fr Simon Lokodo has revealed that the basis of postponing the consultative meeting on the controversial policy that seeks to regulate churches was to enable stakeholders consult further and build a common ground.

Lokodo refuted the narrative in some sections of the media that the meeting which has been scheduled for Thursday October 17 was pushed ahead due to “pressures”.

The Ministers said this while addressing reporters at a news conference in Kampala on Friday.

He however maintains that government has not relented on its push to enact a policy that will form a regulatory framework to address the problem of churches and religious leaders who manipulate or exploit their followers.

In 2016, government embarked on the National Policy on Religious and Faith organizations. A highly consultative and analytical approach was adapted in the development of this policy. Government also held countrywide and regional consultative meetings involving key stakeholders who practice faith and religion across the country.

In addition, technical committee meetings were held between the Directorate for Ethics and Integrity and various Government regulatory agencies.

Under the policy, all clerics will be required to obtain formal theological training and to obtain a certificate from a recognised institution.

However, a section of pastors from the Pentecostal faith are opposed to the policy which they said has ill intentions

Minister Lokodo told the press that whereas Article 29(1) (c) of the constitution gives Ugandans freedom to practice any religion which includes right to belong and participate in the practice of any religious body or organization, government has never put in place a regulatory framework on how the freedom of worship should be exercised .

“As a result, members of the public are facing alit of challenges from some faith/religious organizations. These challenges include manipulation, exploitation of follower, loss of property, promotion of witchcraft instability in society etc,” Lokodo said.

“Consequently, the State has no mechanism of vetting, monitoring and identifying the unethical faith practitioners in order to protect citizens from the harmful effects of these unethical religious practices”.

Section 2.2 of the National NGO Policy provides faith based organizations which until now have been obliged to register as NGOs, shall not fall under the ambit of the NGO Policy, until government takes measures to provide appropriate separate framework for promotion and coordination of spiritual activities.

As such, Lokodo noted that government is obligated and commanded to develop this separate policy to promote effective coordination of spiritual activities.

“I wish to inform the country that at the moment there is no concrete policy document approved by government. What we have is a zero draft which is still under further consultations to reach a common ground. In the process of our consultations, we had planned to convene a high level validation meeting on Thursday 17th October 2019 at Hotel Africana”.

However, Lokodo said the key stakeholders in this exercise requested government for more time to enable them consult and build common ground with their constituencies.

“It is against this background that we postponed the high level validation meeting and not based on any other pressures as portrayed as the sections of the media”.

“I wish therefore to invite all stakeholders to join us in the debate and consultations to enable us come up with as harmonious position on how we can enjoy our freedom of worship as enshrined in our constitution”.

In September, President Yoweri Museveni while meeting with a section of religious leaders who were attending the Pastors and Evangelists conference said government will discuss the issue further with religious leaders.

“Simon Peter had never been to a seminary. He was just a fisherman who was called by Jesus to stop fishing. St. Paul who prosecuted the church was also changed. This is the foundation of the church. I don’t see the big issue here”.

Museveni said there is need to deliberate on whether emphasis should be placed on rituals and formalisation or to take advantage of God’s calling on people’s lives. 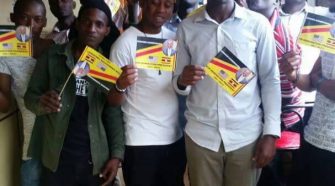