Two Justices of the Supreme Court – Stella Arach Amoko and Eldard Mwangusya – have delivered dissenting judgements on the appeal challenging the age limit constitutional with one of them upholding it and the other ruling it was unconstitutional.

The age limit amendments passed I December 2017 which repealed the age cap for one to run for President were upheld by the Constitutional Court last year.

In his judgement, Justice Mwangusya said the debate on the amendments was rushed, leaving out a number of legislators mainly those from opposition side from participation yet it was the Speaker herself who had sent them for consultations in their constituencies. He however said the Speaker had no choice over MPs who willingly walked out of the House.

Mwangusya quashed the two-year extension of the terms of Members of Parliament and Local Councils including an amendment proposed by MP Nandala Mafabi to introduce Presidential term limits. He said the principle of severance where sections of the amendment being unconstitutional would be separated from the rest of the Act was wrongly applied and the provisions being part of the entire Act can’t be partly Constitutional and unconstitutional.

In the petition filed by lawyer Male Mabirizi and others, the appellants stated that during the consultations, a number of lawmakers from the opposition were barred by the Police from interfacing with their electorates. On this particular issue, Justice Mwangusya said “the actions by Police to restrict MPs’ consultations was unconstitutional”.

He described the Magyezi bill as having been controversial from the onset, saying MPs and other members of the public who would have wanted to follow and participate in the debate were infringed upon when the doors of the gallery were closed and absence of a valid certificate of compliance from the Speaker to accompany the bill.

It is here that he faulted the Constitutional court for not nullifying the process of conceptualizing, tabling, debating and passing of the Magyezi bill.

Just like Justice Arach, Mwangusya agreed with the quashing the extension by MPs of their tenure and that of local government councils, saying it was unconstitutional.

The appellants had asked the constitutional court to invite the Speaker as one of the key witnesses on the matter, but this was not done. According to Justice Mwangusya, the appellants had valid reasons in their complaints.

On the strangers who allegedly invaded Parliament and assaulted the MPs, Mwangusya says this was unconstitutional.

“What I find disturbing is that after the Speaker had pronounced her punishment, execution of her orders was bungled by ‘strangers’ which is unconstitutional,” said Mwangusya.

On whether, the bill was smuggled on the order paper as claimed by the appellants, Mwangusya says “I don’t think the Speaker can smuggle an item onto the order paper.”

We now await judgments by the rest of the five judges on the matter. 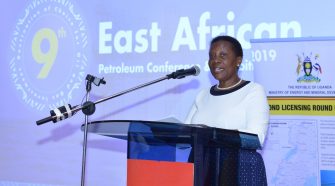