Over 700 people have been rescued by security agencies and emergency services since the terror attack on Dusit D2 hotel in Nairobi, Kenya on Tuesday which left 14 people dead and others injured.

This was revealed by Kenyan President Uhuru Kenyatta while addressing the nation at State House Nairobi on Wednesday.

The attack on Tuesday happened at around 3pm at Dusit D2 Hotel along 14 Riverside Drive in Nairobi. The building houses offices and hotels.

In a statement on Tuesday evening, Kenya’s Inspector General of Police, Joseph Boinnet said the attack was conducted “in a coordinated fashion” beginning with an attack at I&M Bank. Outside the bank, an explosion destroyed 3 vehicles in the parking lot.

Another suicide explosion went off in the foyer of Dusit D2 Hotel where IGP Boinnet said “a number of guests suffered severe injuries”.

Now President Kenyatta has revealed that over 700 people have been rescued, 14 killed while others sustained injuries.

“Kenya was yesterday struck by criminals who wanted to threaten our citizens.
As of one hour ago, the security operation at Dusit hotel is over and all terrorists eliminated,” President Kenyatta said.

“As of this moment, we have confirmation that 14 innocent lives were lost to this terrorist act and others injured. We are mourning as a country and our hearts go out to those who were affected,” he added.

He equally lauded the civilians for looking after each other.

“For every act of evil that led to injury yesterday, there were thousands of acts of compassion overflowing patriotism and individual courage”.

“Over 700 civilians were evacuated to safety from the compound since the start of the attack through the early hours of this morning. The operational priority of the security services was first and foremost to safeguard civilian life. They acted swiftly to contain the attackers and methodically to evacuate those whose life was at risk,” Kenyatta said.

He added that the response by the emergency crews on site and those in hospitals reflected “our compassionate, resilient character as a people”.

As Kenyans continue to recover from yet another shocking terror attack by Islamic militant group, Al-Shabaab, Kenyatta has appealed to citizens to report to their normal work but to also be vigilant and inform Police of any suspicious acts. 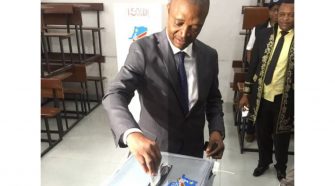