Zimbabwe’s Robert Mugabe has finally stepped down as President after 37 year rule. His letter of resignation was read to Parliament by the Speaker of the House.

The abrupt announcement coincided with a parliamentary sitting after a process was lodged to impeach the 93-year-old ruler.

In the letter, the leader said the decision was voluntary.

People took to the streets and began chanting and screaming in joy while cars horned loudly.

Mugabe’s resignation comes a week after the military took over power and confined him in his residence. Pressure had been mounted on him to relinquish power by his political party and Zimbabweans. 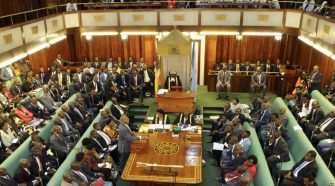