Prime Minister Dr Ruhakana Rugunda is representing President Yoweri Museveni at the 74th Session of the UN General Assembly from September 24 to 29, 2019.

In addition, Prime Minister Rugunda will speak at a series of high level side meetings organised in the wings of the General Assembly. He will also hold bilateral meetings with a number of delegations.

A major feature of the Prime Minister’s engagements will be to invite world leaders to attend the South-South Cooperation Summit which Uganda is hosting early next year.

On the opening day of the Assembly, the UN Secretary-General, António Guterres will convene a climate summit and the UNGA will hold a one-day high-level meeting on Universal Health Coverage.

On Tuesday, following the opening of the 74th General Debate, the UNGA will convene a meeting of the UN High-level Political Forum on Sustainable Development (HLPF), which will take place on the afternoon of September 24 and all day on September 25.

The following day, the UNGA will hold a high-level dialogue on financing for development, as well as a high-level meeting on the elimination of nuclear weapons.

On Friday, 27 September, the UNGA will hold the high-level meeting to review progress made in addressing the priorities of small island developing States (SIDS) through the implementation of the SIDS Accelerated Modalities of Action (SAMOA) Pathway. 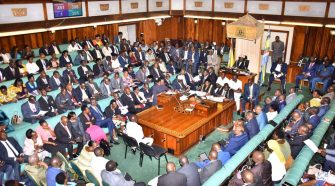