Voting is ongoing in the Rukungiri Woman Member of Parliament by-election with the respective polling stations carrying on with the polling.

So far, two of the strongest contenders in the race, Betty Muzanira Bamukwatsa of the opposition FDC and Winfred Masiko of the ruling NRM have already cast their votes.

At many of the polling stations, voting commenced at around 8am.

Masiko who was clad in dress with her party color (yellow) cast her vote at exactly 10:06am at Rubirizi Primary School, Rwere LCI, Ibanda Parish in Nyarushanje sub-county.

Speaking after voting, Masiko expressed gratitude towards the NRM party, the people of Rukungiri district, her family and friends for the massive support rendered to her during the period of campaigns.

“We have honestly done our part. Iam grateful to everybody,” she stressed.

On her part, FDC’s Betty Muzanira voted from the Rukungiri main stadium polling station. She cast the ballot at 11:06am. She too was donning a dress with blue (FDC colour) and black colours, along with a red scarf.

Reports say the election process is largely calm with no incidents of violence so far. 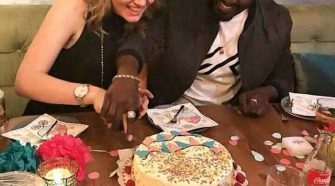