RUKUNGIRI – A man has been shot and killed by suspected UWA rangers on River Ntungwa in the Queen Elizabeth national park for his alleged involvement in illegal fishing.

Police says the incident occurred on Friday of last week when the deceased, a one Akampurira Kenneth aged 36 was fishing with friends.

The others have been identified as Bakama, Johnson and Kilamanga Dickson.

The shooting occured at about 10am in the morning.

“Unfortunately, the bullet landed on one Akampurira Kenneth on the head and died instantly while others took off,” Matte said in the statement.

The others rushed to Rweshama landing site and waited for Kenneth in vain.

Kenneth’s dead body was discovered yesterday, Monday by other fishermen while on their normal fishing routine. His body was found floating on water.

The fishermen reported the case to the area Chairperson LC II, Wagaba Keneth who also reported to matter to Police in Rweshama.

“Marine Police helped in removing the body from water to the landing site, Rukungiri Police station was notified, scene visited by a team of Homicide and other officers in uniform. Postmortem was done and inquires are at hand,” Matte said.

The Kigezi regional Police spokesperson said that whereas it is engaging in illegal fishing goes against the law, and comes with certain repercussions, the rangers should not have shot to kill.

“I want to caution our people that they should desist from activities of illegal fishing. However, whether they were doing illegal activities, they (rangers) shouldn’t have shot to kill. They should have shot to disable so that investigations are carried out and if somebody is found to be guilty, they are punished legally”.

However, when contacted by SoftPower News on the case, the Public Relations Officer for UWA, Bashir Hangi said the Authority is not aware of any incident of shooting involving their rangers in Rukungiri.

“When any incident that involves our rangers occurs, we always receive information. But we are not aware of any incident of shooting on the lake. That’s why I found this information new to me”.

“If this shooting occurred on Friday, at least I should have found out over the weekend,” Hangi added. 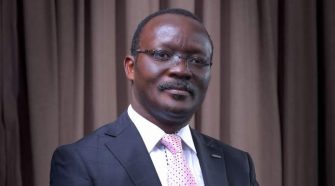