The Electoral Commission (EC) has gazetted May 31 as the polling date for the by-election of the Rukungiri district Woman MP.

This was revealed by the Acting EC Chairperson, Hajjati Aisha Lubega Basajjanaku during a press conference at the Electoral Commission head offices in Kampala on Thursday.

Voters will elect the next District Woman representative in Parliament on Thursday 31st May 31, 2018 between 7am and 4pm.

The Rukungiri district woman MP seat fell vacant on last month after the Court of Appeal nullified the results of the 2016 Parliamentary elections which in which Winfred Matsiko o the ruling NRM party had been declared the MP.

Her victory had been challenged by her strongest contender, Betty Muzanira of the opposition FDC party.

On Thursday, Electoral Commission released the road map for by-election which will commence with an update of the national coters’ register from April 16 to 20 at update stations in each of the 87 parishes and wards in Rukungiri district.

The Acting EC Chairperson Hajjati Aisha Lubega Basajjanaku told journalists that registration and transfer of voters from one polling station to another within the District will not be conducted after April 20.

The voters’ register will be displayed for nine days starting April 30 at all the 280 polling stations in the district.

According to the road map, eligible candidates will be nominated for a period of two days; Wednesday May 2 and Thursday May 3 at Rukungiri district headquarters.

Campaign meetings will be held for a period of 26 days starting from May 4 until May 29.

It is anticipated that NRM’s Winfred Matsiko will again face off with FDC’s Betty Muzanira. 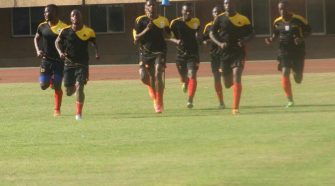