Rwanda’s Ministry of Foreign Affairs and International Relations has denied imposing a trade embargo on Uganda, as stated by Uganda’s Minister for Foreign Affairs, Sam Kutesa on Wednesday but instead made another allegation on its growing list of accusations against Uganda.

Kutesa said Ugandan exports to Rwanda had been prohibited by Rwandan authorities, whom he said “are only allowing crossing into Rwanda those trucks carrying transit goods destined for Rwanda or transiting through Rwanda to the Democratic Republic of Congo and other places.”

“Goods from Rwanda and Rwanda registered trucks are not being allowed to cross over from Rwanda into Uganda by Rwandan authorities,” Kutesa said.

Kutesa further revealed that Rwanda had introduced an export permit system for her nationals intending to export goods into Uganda.

“This is a technical and non-tariff barrier to trade, to which there are no successful applicantd. In effect, this is a trade embargo on bilateral trade with Uganda,” he said.

But Rwanda has now issued a statement saying the statements by Kutesa are diversionary and don’t address the fundamental issues the Kigali administration has with Kampala.

“It is not possible to have free trade including free movement of goods, if traders are killed, tortured, extorted and their properties are illegally seized. There are the fundamental issues that need to be addressed,” read the statement from Rwanda’s Ministry of Foreign Affairs.

“Claims that Rwanda has instituted trade embargo on Uganda are as untrue as they are diversionary,” they add.

Instead, Rwanda accuses Uganda of ‘targeting’ ordinary Rwandan citizens involved in regular business and trade activities within the framework of EAC, which is the regional body.

Rwanda has in the recent weeks closed all its border points with Uganda. Over 120 Ugandan cargo trucks were stuck prompting Uganda Revenue authority to write to Rwanda Revenue Authority advising the opening of borders for trucks carrying perishable products like fish and vegetables and inflammable products that are potentially dangerous.

Ugandan traders decried loss of capital and wondered why Rwandan tax body had received their payment of tax knowing very well that they planned to block the cargo the following day.

In an interesting twist, Rwanda has accused Uganda of hampering “free movement of goods including perishables to and through Uganda.”

However, no Rwandan trader has raised concern about any goods blocked in Uganda neither has the Rwandan government produced evidence to that effect.

Rwanda insists they seek to know the fate of “hundreds” of Rwandans, whose names they say are known to the government of Uganda, who have allegedly been killed, arrested, incarcerated without consular access and tortured, nor “the close to one thousand illegally deported to Rwanda in inhumane conditions.”

Rwanda on February 28 issued an advisory against travel of her nationals to Uganda including students who on a daily basis cross, for studies. The Rwandan government said at the time that the advisory was done to ensure their security.

However, hundreds of Rwandans were seen desperately crossing into Uganda for food and other necessities. Some used common border village paths while others crossed over water bodies to enter Uganda. It took the Rwanda Defence Forces’ intervention to stop their citizens from crossing into Uganda. Media carried reports, days later, of the Rwanda government’s destruction of bridges to enforce a travel ban of Rwandans into Uganda.

But in his statement, Kutesa said despite the restrictions on the movement of people and goods from Rwanda destined to Uganda, Ugandan authorities have not restricted any movement of goods and people from Uganda into Rwanda.

RNC whose leader, Gen Nyamwasa, is a Rwandan exile in South Africa, refute Rwanda government’s accusations saying they are a political party and Rwanda government is intolerant to differing political opinions and treat opposition leaders as terrorists.

Some Rwandans and former Ugandan senior police officers are currently facing the General Court Martial in Uganda over kidnapping of Rwandan refugees in Ugandan and illegally repatriating them back to Rwanda. One of the Rwandans facing court, Rene Rutagungira, is accused of abducting and kidnapping President Paul Kagame’s former body guard, Lt Mutabazi, who had sought asylum in Uganda. President Kagame recently expressed concern to a leadership retreat in Gabiro about Rutagungira’s facing justice in Uganda. 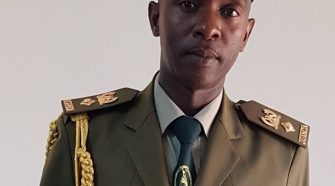