Authorities in Rwanda are holding three daughters of Deo Nyirigira, a Rwandan Pastor and resident of Mbarara Municipality in Western Uganda on allegations of treason.

After members of the family and human rights activists posted the ladies’ photos on social media on Thursday morning saying the pastor’s daughters were kidnapped, Rwanda Investigations Bureau (RIB) admitted to holding one daughter.

Jackie Umuhoza, 25, one of the pastor’s daughters was Wednesday arrested from her home in Kigali by officers of RIB, the country’s investigating agency.

According to Michelle Umuhoza, the RIB spokesperson, Jackie Muhoza, 25, was arrested on charges of espionage and treason. She says Umuhoza is currently detained at the Kigali Metropolitan Police headquarters also known as Remera Police Station.

“Jackie Umuhoza was arrested on Wednesday November 27, on charges of treason and espionage. She is detained at Remera RIB station as further investigations continue,” she said on Thursday.

If convicted, the crimes attract a sentence of life imprisonment.

After arresting her on Wednesday, armed security personnel would again on Thursday pick her sisters, Lilian Umutoni and Axelle Umutesi, and detained them temporarily before releasing them without any charge slapped against them.

It is reported that prior to their arrest, security personnel went to their home a couple of days back and took with them several documents including their identities.

In March this year, the trio was held incommunicado in Rwanda on suspicion that their father had links with Rwanda’s Patriotic Front politburo, a group suspected by Kigali to be plotting to overthrow President Paul Kagame. Rwanda is reportedly suspicious that the group uses Pastor Nyirigira’s Agape Church as a coordination centre. However, the same Agape church has been accused by Uganda of being infiltrated by Rwanda’s military intelligence elements who use the cover of the church to compromise Uganda’s national security.

The arrest of the Pastor’s daughter’s comes at a time when Kigali continues to accuse Uganda of harbouring elements considered hostile to Kigali. Ugandan government has repeatedly denied hosting elements politically opposed to Rwanda’s regime. The head of the RNC, Lt Gen Kayumba Nyamwasa lives in South Africa where he has survived 3 assasination attempts which he blames the Government of Rwanda for.

Like many Rwandans who flee from the government in Kigali, Nyirigira has for so many years lived in Uganda as a refugee.

Members of his family say he was part of the group that was particularly close to the first leader of Rwanda’s Patriotic Front (RPF), the late Maj Gen Fred Rwigyema who was very popular both in Uganda where he contributed heroically to the liberation struggle and among the RPF Inkontanyi who toppled Hyabarimana’s regime in Rwanda. Rwigyema was assassinated under unclear circumstances during the early days of the RPF struggle. His killers have never been brought to book. The killing is widely belived to have been an inside job among the RPF. Less than two weeks ago, his surviving sister, Joy, was also found dead at her home in Rwanda under unclear circumstances.

After toppling Juvenal Habyarimana’s government, Nyirigira together with his family of six children were glad that finally he was going to have a place to call home.

However, his stay in Kigali was short-lived as he had to move back to Uganda 5 years later in 2000 after the Rwandan government piled several accusations on him, of being part of a growing clique of RPF officials critical of the Kagame government.

At the time, he was overseeing a number of churches in Rwanda, which authorities suspected that he was using to mobilise against Kagame. In fact, prior to his escape to Uganda, he had been arrested twice in Rwanda and held incommunicado before being released without being charged.

The pastor says before settling in Mbarara, his family applied to the United Nations High Commissioner for Refugees (UNHCR) for refugee status.

Meanwhile, his three daughters would later return to Rwanda after completing studies at Makerere University for jobs in English speaking organisations including Rwanda Television. They would later lose their jobs reportedly on the influence of Rwandan authorities.

In February this year, Rwandan authorities closed Katuna border preventing cargo trucks from Uganda from crossing into Rwanda, initially citing construction works. The trucks were diverted to alternative routes in Kagitumba and Mirama hills, but these border points had also been closed.

President Kagame would later reveal that the closure was political and had nothing to do with construction works.

Rwanda followed his statement with a long list of accusations against Uganda which they continue to cite as the reason for the continued closure of the border.

In Uganda, it is widely believed that in closing the border, President Kagame reacted angrily to Uganda’s clamp down on Rwanda Military Intelligence (DMI) elements who kidnapped Rwandan refugees in Uganda and illegally repatriated them to Rwanda where many reportedly lost lives. Many believe by subbotaging Uganda’s trade, he hoped to blackmail President Museveni into bowing to his laissez-faire attitude in picking whoever he believes is opposed to him from Uganda.

President Museveni instead fired and arrested Uganda Police Officers who were involved in a Rwanda commanded racket that kidnapped Rwandan refugees in Uganda. A number of Rwandan DMI elements are also facing Uganda’s General Court Martial for a number of criminal acts that compromise the country’s national security. Others found involved in wrong doing are deported to Rwanda.

Uganda’s refugee policy is lauded by the United Nations (UN) as the best in the world. Uganda hosts more than one million refugees including Rwandans.

Thousands of Ugandans of Rwandan origin live and work peacefully in Uganda. The tribe, Banyarwanda, is recognised by the constitution of Uganda. Although Kigali claims Rwandan nationals are unsafe in Uganda, they have not stopped the country’s airline’s flights, Rwanda Air, from landing in Entebbe. It is unclear whether only Rwandans who travel by road are allegedly unsafe in Uganda and not those who travel by air. 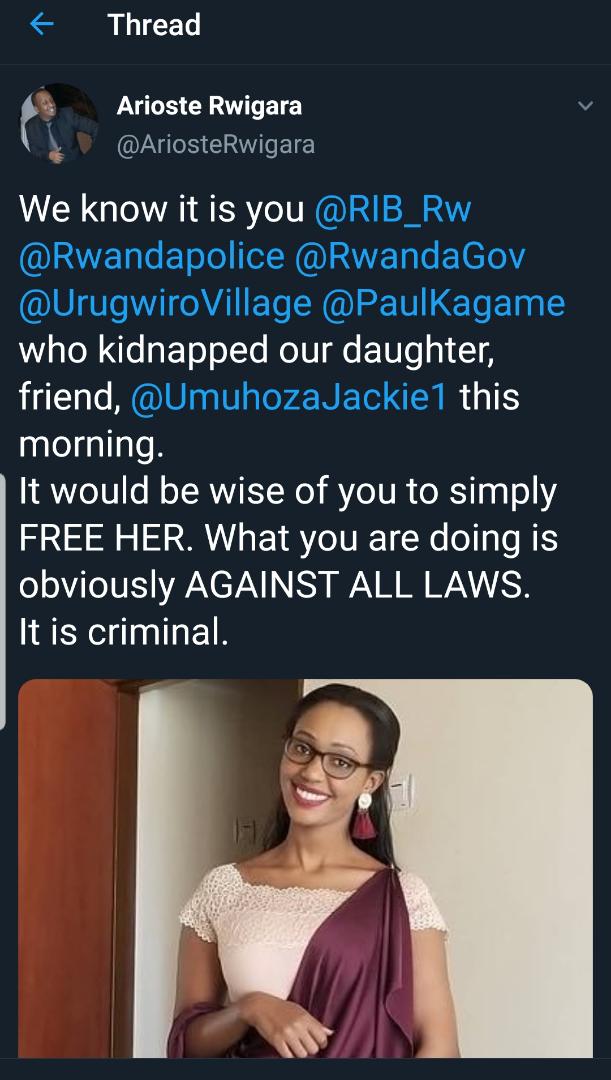 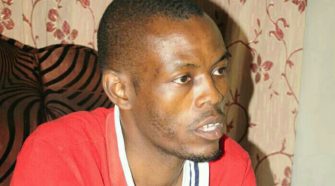