Members of the joint planning committee of the East African Community (EAC) Inter Parliamentary Games were shocked on learning that Rwanda and South Sudan had not turned up for the preparatory meetings ahead of the December games, without giving any communication.

The EAC InterParliamentary games is one of the activities that is intended to bring together legislators from the different EAC member countries so as to foster unity and promote the spirit of integration.

Addressing the media on Friday, the Joint committee chairperson, Gideon Gatpan Thoar noted that organizers have not received any communication from Rwanda and South Sudan Parliaments as regarding why their delegations did not turn up for the preparatory meetings.

“We indeed expected every member to participate in the ongoing preparation meetings. We have however not received any communication from South Sudan and Rwanda as to why they are not attending. We are however waiting to receive the information from the EALA Clerk perhaps they have communicated,” Gatpan said.

The Chairperson noted that this undermines the spirit of unity among EAC countries and has distabilized the committee planning.

“This has led to adjustments in our programme, we were supposed to finalise with fixtures but we couldn’t do so since we haven’t received any confirmation as to whether they will be participating in the games,” Gatpan said.

It should be remembered that Rwanda did not attend the EAC InterParliamentary games in Bujumbura last year.

It is still not clear whether Rwandan Parliament will participate in the games in Kampala given the prevailing tension between the two countries.

On Thursday, Kampala said a follow up meeting seeking to discuss the frosty relations between Uganda and Rwanda due for November 18 had been called off, at the request of Rwanda.

The EAC Parliamentary games will be hosted in Uganda from December 7 to 18 and participating countries EAC countries will be competing in various disciplines which include; Volleyball, Netball, Basketball, Golf among others.

Chairman of Uganda’s Parliamentary steering committee, Hamson Obua noted that all is set to enable a successful competition.

Obua said that working hand in hand with the relevant bodies in the country, the fields have been secured for the competition.

“We shall be using the Lugogo Indoor stadium for the indoor games, the KCCA Grounds known as Philip Omondi stadium will host football games while Athletics will be hosted at Namboole stadium,” the Ajuri county MP said.

During a recent press conference in Kigali, Rwanda’s President Paul Kagame was asked to comment on what seems to be a lack of will by some EAC member states towards achieving regional integration.

Kagame attributed this to the selfish nature of some of the stakeholders. He said some leaders have failed to make compromises for the greater good.

“The task of all of us to achieve broader and deeper integration is to keep working at it and understand fully that you’ve got to give something and get something. And not just to think about yourself but thinking for others as well and what they benefit from it,” Kagame said.

Kagame acknowledged that indeed the progress in the integration process is slower than he would have wished, adding that this is bound to happen where different parties have different interests.

“I think the EAC has made good progress and people are right to say the progress is slow. I wish we could move faster myself. I wish we could do away with the problems that still stand in our way. But still, integration is not something automatic,” he said.

“It means different entities coming together for a common cause. And naturally, people will start to see things differently. It doesn’t matter whether they are right or wrong. It happens. People will sometimes create problems where they are not, but that’s what happens with people and politics and interests”.

He particularly said the issue of dealing with security at the regional level has failed, due to the complexities such as the fact that some armed groups are connected to some countries.

However, on the whole, he said the opportunities presented by EAC whose current population is 160 million people, outweigh the differences that exist.

“Overall, we have a population of 160 million who have more in common than the differences. It’s a huge force economically, politically and socially”.

“If we keep that prize in sight and focus on it, and continue working on the differences, most of which don’t make sense, we can get a way around it so that everybody gets what they want. But it isn’t an easy task. Integration doesn’t mean you walk in and you have everything you want. We are cautious of the fact that things don’t work in that straightforward fashion as you would wish,” Kagame said. 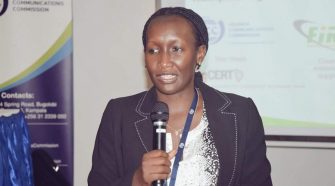