Rwanda’s Ministry of Health has in a statement released Monday night confirmed two new cases of Corona virus in the country, bringing the total number of corona virus victims to seven in less than two days

The first case was confirmed by the ministry of Health on Saturday.

Apart from one non-Rwandan who travelled from London to Rwanda on Sunday 15 March, the other other three of the cases reported on Sunday were all Rwandan nationals.

Rwanda’s Ministry of Health says the latest two cases are a 32-year old woman, Rwandan national resident in Rwanda and a 61-year old German man “who developed a cough and went to a health facility on 15th March.

It is not clear whether the two latest cases or the earlier ones were isolated before they tested positive.

An infectitious individual may show no symptoms up to two weeks after infection. 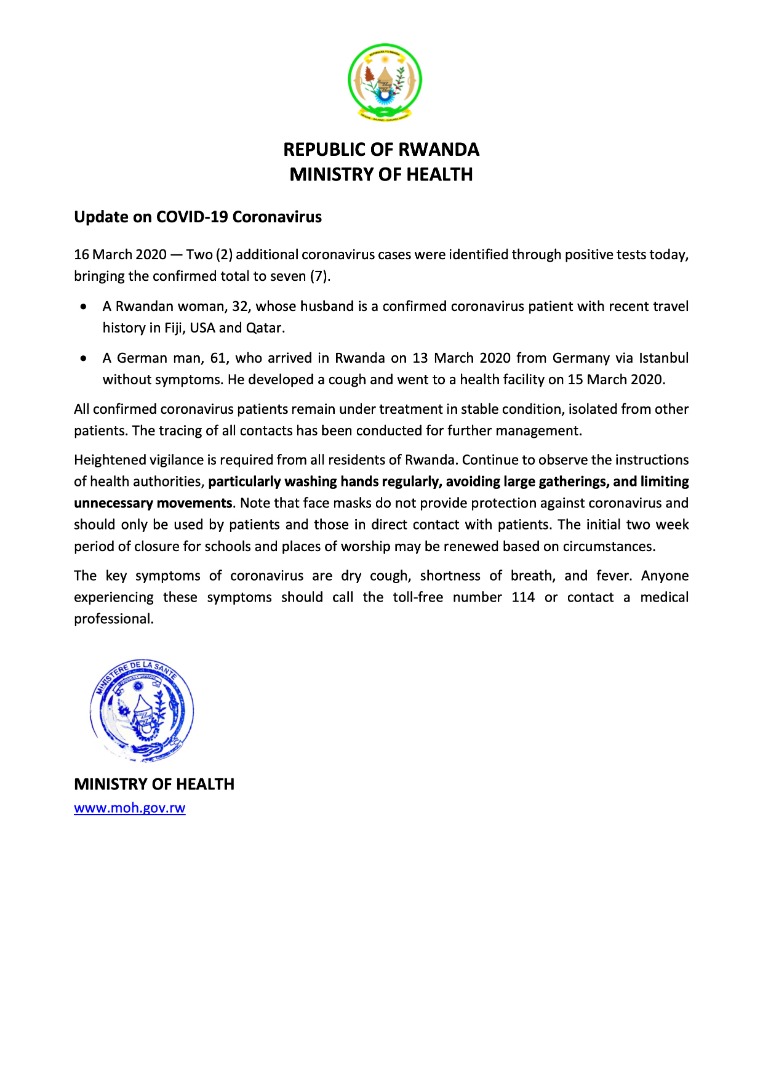