Burundi on Saturday scooped a historic qualification in this year’s final African Cup of Nations (AFCON) tournament to be held in Egypt later this year, after decades of trying with no success.

On Saturday, the East Africans managed a one all draw against Pierre-Emerick Aubameyang’s Gabon, who went into the match in Bujumbura targeting a win, as they began the day two points adrift in Group C.

Unfortunate for them, they were unable to clinch the victory which would have booked their place in the tournament, enabling Burundi to qualify for the the first time ever and joined leaders Group C winners Mali.

Meanwhile, Amavubi stars of Rwanda will only watch the tournament on TV screens after a highly anticipated 3-0 defeat against Ivory Coast in Abidjan in their last Group H game.

Rwanda ended their journey winless in the qualifiers having suffered four defeats and two draws in their six matches and have finished bottom of the Group.

Only Uganda, Kenya and Burundi are the countries from East Africa which have qualified for the tournament so far. Tanzania has a chance should they beat Uganda today in Dar es salaam.

Egypt will host the tournament from June 21 to July 19 featuring 24 nations. In total, 19 teams have so far qualified for the tournament with 5 more slots still remaining. Their fate will be determined by results of the remaining games to be played today Sunday. 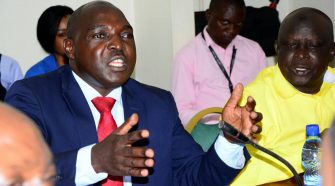