Rwanda National Police has Tuesday handed over bodies of two Ugandan nationals who were shot and killed over the weekend by Rwanda’s security personnel deployed at the border with Uganda.

The shooting incident which occurred at around 5am on Sunday is said to have happened at a place called Tabagwe sector in Nyagatare district (Rwanda side) which borders with Kamwezi, in Uganda.

One of the deceased persons was identified as Ebindishanga Job, son of Mushure Johnson of Kiruhura cell, Kamwezi sub-county in Rukiga district.

The other is Tuhirirwe Bosco, a resident of Kabira cell, Kamwezi in Rukiga district. Their bodies were taken to Nyagatare district police station on the Rwandan side.

A knowledgeable source told this news news website that those killed were part of a group of five people, three of whom managed to escape back to Uganda.

The three are: Nuwamanya Emanuel, Byamukama Christopher and Ainebyona Amon. They have told this news site that they were accused by Rwandan authorities of taking tobacco to sell in a neighbouring village in Rwanda.

Police in Rwanda accused the deceased of “crossing into Rwanda in an ungazetted border point” and engaging in “smugging activities” into Rwanda.

The two bodies were handed over to Ugandan authorities on Tuesday by the Mayor of Nyagatare district, Mushabe Claudian and RPC Eastern province, ACP Emmanuel Hatari.

The Police Spokesperson for Kigezi region, Elly Matte said that on receipt of the bodies and on re-examining them by the Regional police surgeon, it was established that Ebyarishanga Job had been shot in the chest and head while Tuhirwe John Bosco in the chest and ribs.

Both were shot at short range meant to kill in “an execution style” by a gun most likely a pistol.

“Both bodies delivered and handed over to relatives by police and sensitized them on how they should remain calm and cool tempers as they observe the rule of law in whatever they do and also advised them to desist from acts that pose them a risk and bad neighborhood with their neighboring countries,” the Police spokesperson for Kigezi said in a statement.

In the recent months, there have been numerous such cases (of shooting) by Rwandan security deployed along the border points with Uganda.

Last week, a man of Rwandan nationality was shot and injured by Rwandan security while he was returning from Uganda to the Rwandan side of the border with food.The man identified as Avugimana Peter, 29, a resident of Gishara parish, Lubayi sub-county in Gicumbi district was shot at around 3:30pm on Monday last week.

This comes in the wake of deteriorating relations between Rwanda and Uganda.

In February, Rwanda closed the Katuna main border with Uganda. While the initial justification given by Rwanda for the closure was road rehabilitation, President Kagame later revealed it was political.

On Friday, while addressing a news conference in Kigali, Kagame said the illegal detention of Rwandan nationals by authorities in Uganda explains why the border still remains closed.

Uganda has repeatedly denied the allegations of illegal detention of Rwandan nationals and harboring elements considered hostile by Rwanda.

The Minister of Foreign Affairs, Sam Kutesa said months ago that while Rwandans are welcome to Uganda, they must obey the laws of the land. 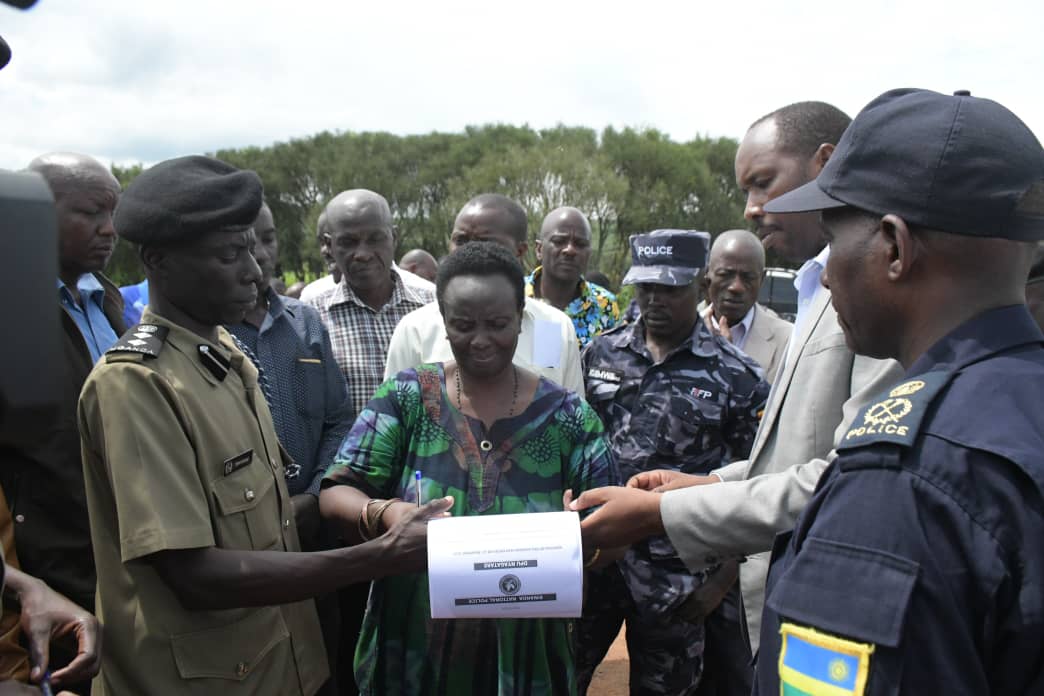 Uganda Will Address Issues with Rwanda Diplomatically, Not in the Press – Kutesa