KIGALI – Rwanda has partnered with OneWeb, a global communications company to connect the East African nation’s rural schools with broadband internet, officials from the ministry of education in Rwanda announced.

Rwanda’s Minister of Education, Eugene Mutimura said in a statement his country had placed technology at the forefront as a key driver of national development and transformation.

Launching the global satellite known us ‘Icyerekezo’, meaning vision in English on Wednesday, Mutimura said the satellite, is a symbol of Rwanda’s commitment to building the local space industry, build local capacity, inspire the younger generation and prepare to usher Rwanda into a hyper-connected future.

Early this year, Rwanda announced its long-term space program plan, with a complementary initiative to launch its own first satellite this year.

These datasets are a crucial input into designing sustainable programs for connecting schools across Rwanda and globally.

This program will involve training students in space technology, which comes complimentary to the efforts of the newly launched Rwanda Coding Academy that was set up to foster local experts in software development as part of the Rwanda Digital talent policy’s drive to strengthen ICT capabilities in the country.

Both Rwanda and OneWeb believe that without a means of connection, economies stagnate, education falls behind, and development slows significantly compared to connected regions.

The minister emphasized the need for internet connectivity to transform the education sector saying “Connecting schools is a foundational aspect and driver of transformative learning.

The Founder and Chairman of OneWeb, Greg Wyler said: “Connecting remote schools to bridge the digital divide that still impacts half the population of the world is at the heart of OneWeb’s vision.

We are delighted to partner with the Rwandan Government and particularly the students. The connectivity we can provide them will allow them to realise their dreams and allow Rwanda to become a hub for technological innovation.” 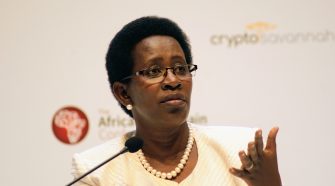