Rwanda’s Air Force has so far been equipped with helicopters. This is about to change.

ATI Engineering Services LLC of Pennsylvania has been awarded USD10.1 Million contract to supply two Textron C-208 EX utility aircraft for the East African country’s airforce, according to a Foreign Military Sales notification issued by the US Air Force (USAF).

The EX is the third variant of the all-metal, high-wing 208 Caravan – introduced in 1984 – and the second iteration of the Grand Caravan, a stretched version of the 208, which arrived four years later. It is powered by a 870hp PT6A-140 engine.

This contract provides the procurement of two Textron C-208 EX aircraft, associated spare parts and ground support equipment, the necessary modifications for the Rwandan Air Force, flight training device, technical drawings and interim logistic support for both aircraft and the training device. Work is expected to be completed July 31, 2022.

According to ATI Engineering Services, the Cessna 208 Caravan EX aircraft is known for its dependable and efficient performance.

The Grand Caravan EX turboprop was engineered for challenging missions, high payloads and short, rough runways. The Grand Caravan EX aircraft carries up to 14 occupants with an increased speed and climb capability, plus a takeoff ground roll of only 1,399 ft.

If weaponized,  it can fire 8kms from the target. It can also be boosted by extra ISR (intelligence surveillance reconnaissance) capabilities.

However, a retired air force commander told this reporter that the aircraft is outdated and easy to down.

“These things are like electronics, tech changes very fast. I would not put my money on an outdated aircraft. Moreover, it is easy to down,” he said.

This was corroborated by a source in Kigali who is close to the Rwandan Air Force Commander. He cited the USD 10million pricing as evidence that the aircrafts are outdated.

“It is outdated even by its price; $10 million!!!” he texted, adding that: “If the thing is outdated today, how outdated will it be in 2022 when it’s finally delivered to us?

Asked why an air force seeking to advance its capacity would acquire outdated aircrafts, he said, “that is beyond us.” 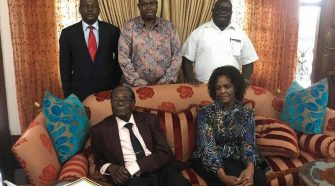 Mugabe Emotionally Pleaded for Immunity to Retire With Grace in Zimbabwe