There are currently 54 confirmed cases of Coronavirus in Rwanda after the country’s Ministry of Health identified four new cases on Friday evening.

The Ministry says in a statement that the new cases include two travelers who arrived in the country from Dubai and US. They were both under isolation. The other two are the contacts of the previously confirmed positive travelers. They were detected through tracing and isolation.

“All the patients are under treatment in a stable condition in an isolated health facility. The majority are asymptomatic and no patient is in critical condition. The tracing of the contacts has been conducted for further management,” says the Health Ministry.

At 54, Rwanda currently has the highest number of cases in East and Central Africa followed by Democratic Republic of Congo (DRC) with 51 cases, Kenya 31, Uganda 23 and Tanzania 13.

Covid-19 was declared a global pandemic by the World Health Organisation. It was first confirmed in China in December last year and has since killed 26,939 people.

Governments in Africa and the World continue imposing and effecting directives aimed at reducing the spread of the virus. In Uganda, authorities have temporarily among other things suspend public transport carrying passengers as well as banning all public gatherings including suspending school going, entertainments events, church services and weddings with more than 10 people. 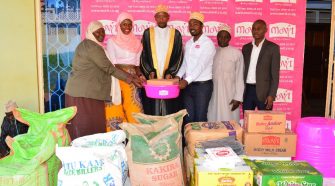