Heavy trucks transiting through the Uganda-Rwanda border of Katuna will be diverted to alternative border points to allow for the ongoing works on the One Stop Border Post at Katuna, according to the Rwandan tax body.

Starting Thursday, the trucks carrying heavy cargo will be diverted to the Kagitumba and Mirama hills border points.

“In a bid to expedite the construction works currently taking place at Gatuna border posts that are aimed at extending smooth flow of goods and services at the border post, we are considering reducing the traffic of heavy trucks to allow completion of the OSBP infrastructure,” reads the February 28 letter by Uwamariya Rosine, the Commissioner for Customs Services at Rwanda Revenue Authority.

“In view of the above, Rwanda Revenue Authority would like to inform you that with effect from 28th February 2019, all heavy trucks carrying goods destined and those transiting via Gatuna shall be diverted from using Gatuna Border Post to Kagitumba/Mirama Hills border posts,” the letter adds.

In her letter, Uwamariya said the reduction in the trucks shall provide ample space to the contractor to accomplish the works on time and the resume the use of route shall be communicated.

Construction of the One Stop Border Post (OSBP) at Katuna started in 2014 with funds expected to be provided by World Bank and government of Uganda. 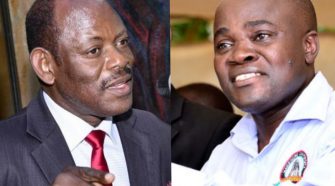