Out of the seven member countries of East African Community regional grouping which were expected to take part in the ongoing Inter-parliamentary games in Burundi, Rwanda has missed, claiming their legislators have a tight schedule.

The games started Saturday December 1, but in a letter of the Speaker of East African Legislative Assembly (EALA), Martin Ngoga, Rwanda noted that her legislators have tight commitments up to Tuesday, prompting their absence.

“We regret to inform you that the Parliament of Rwanda will not be able to participate in the 2018 EAC Inter-Parliamentary Games. Any inconveniences caused are highly regretted,” read the letter.

But, some political analysts say that Rwanda’s refusal to participate in the games is far from the given reasons in their letter, saying the move only points to the alleged souring relationship between Kigali and Bujumbura.

The two neighbors have previously accused each other of acts of aggression, and restrained from exchanging mutual visits.

Following the failed 2015 coup against Burundi’s President Pierre Nkurunziza, the administration in Bujumbura accused Rwanda of supporting the plotters of the attempted coup with military training.

Burundi is also accused by Rwanda of harboring FDLR rebels said to have orchestrated the genocide that killed thousands in Rwanda in 1994.

Meanwhile, Uganda has Sunday afternoon beaten Tanzania 2-1 in football, just hours after a convincing win for the Ugandan legislators against Tanzania in netball.

The games will end on December 10. 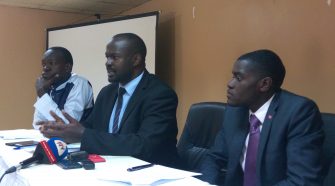