The 2017 champions of the NSSF-KAVC volleyball tournament , Aspire (APR) from Rwanda received their cash prize of $1,000 and the trophy at MTN indoor Arena in Lugogo Kampala on Sunday.

APR Volleyball Club were declared champions after a tight game with their fellow Rwandan team Kirehe Volleyball which ended in a 3-2 win.

APR and Kirehe had defeated KAVC (Uganda) and REG (Rwanda) respectively on the semi-finals.

Geraldine handed the team a trophy and cash prize of $1,000.

Radio and Weasel of Goodlyfe crew put up an energetic performance to entertain spectators. 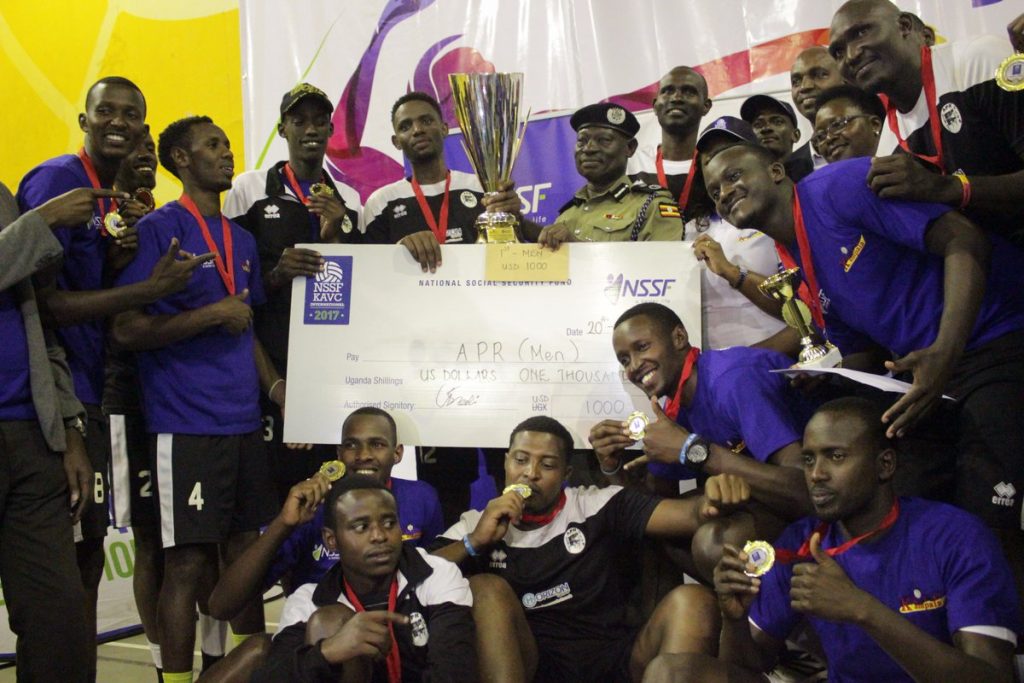 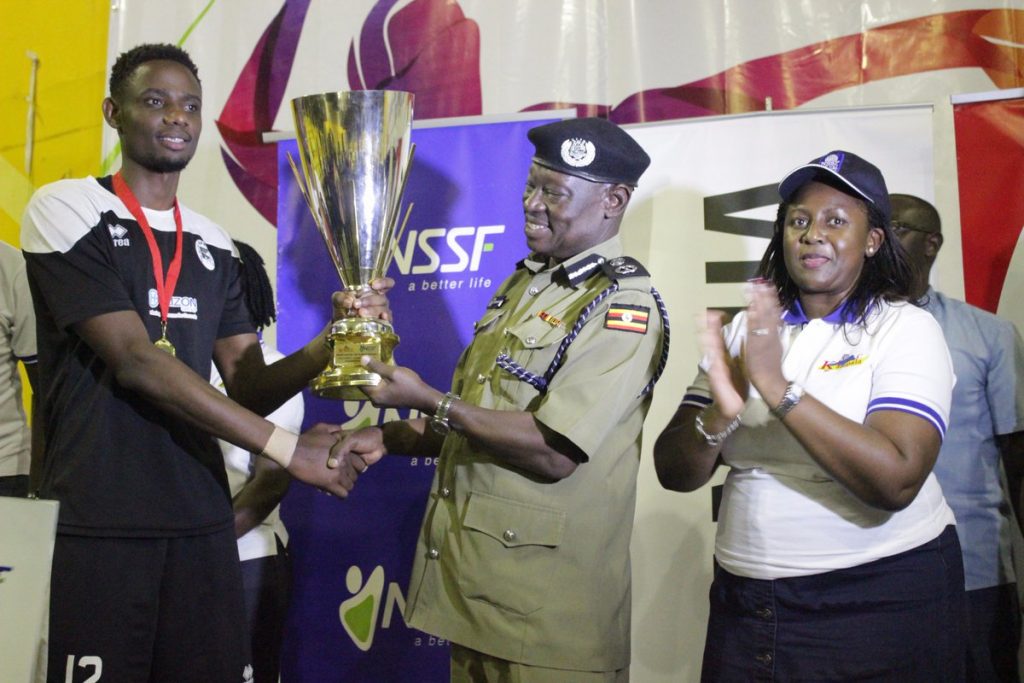 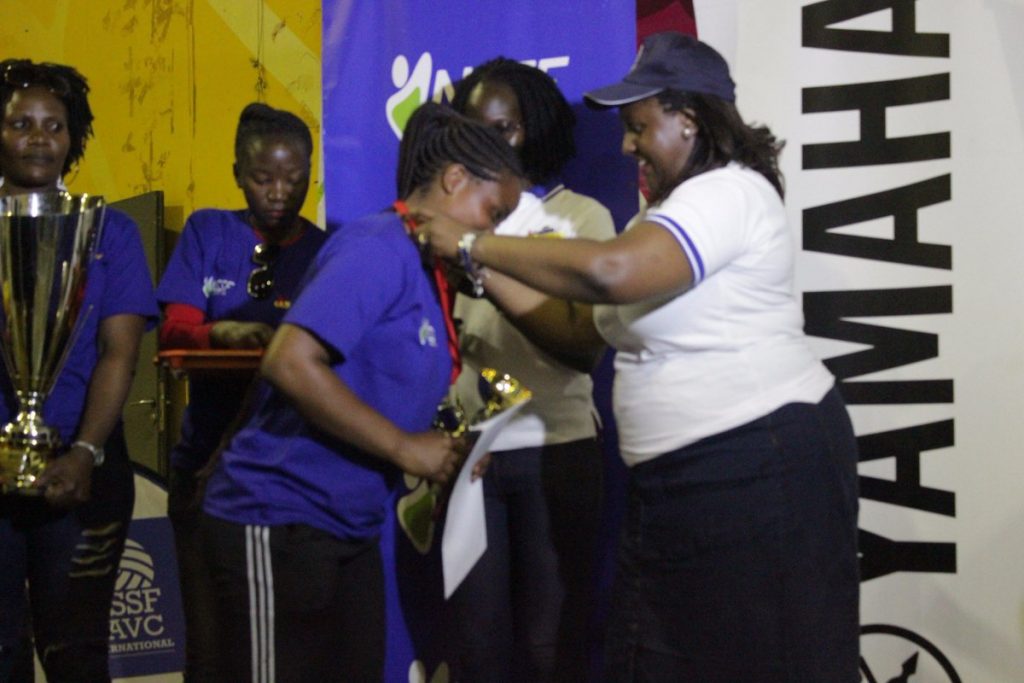 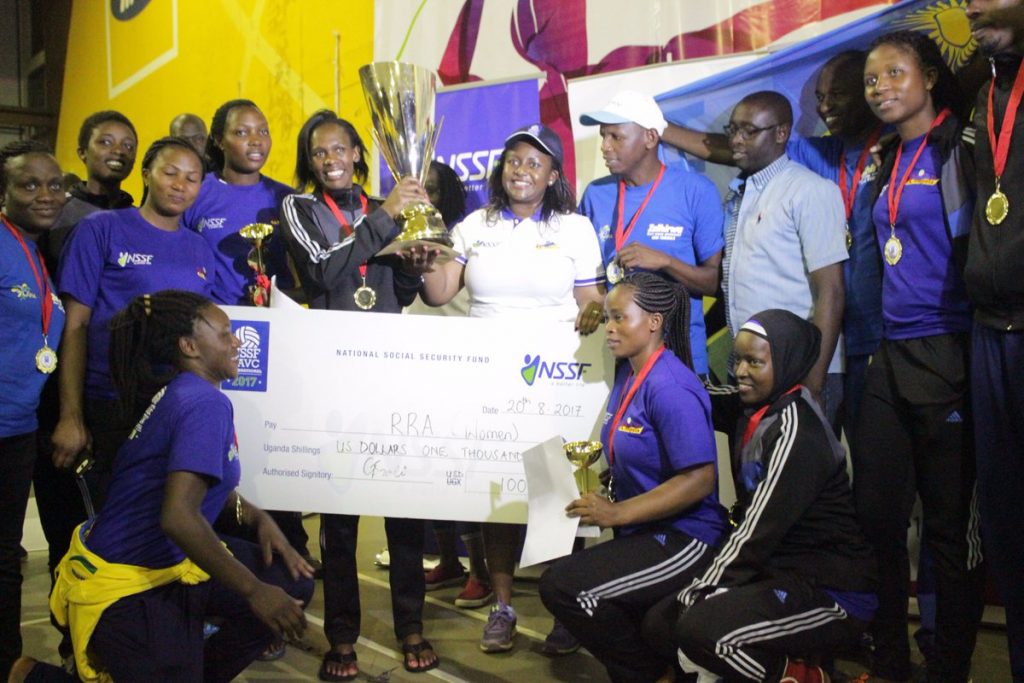 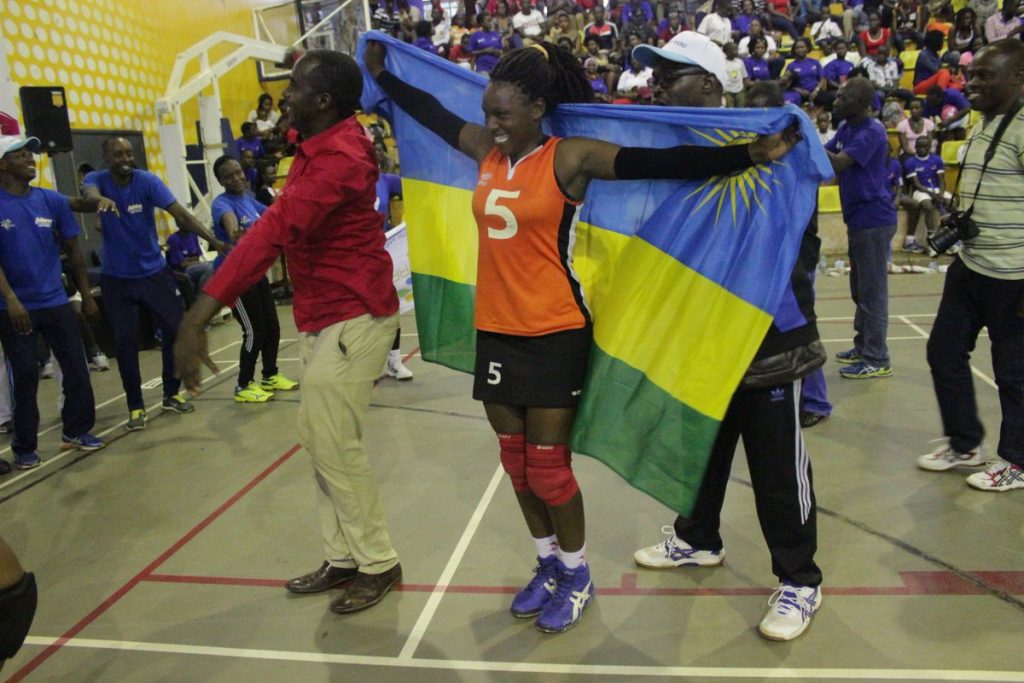 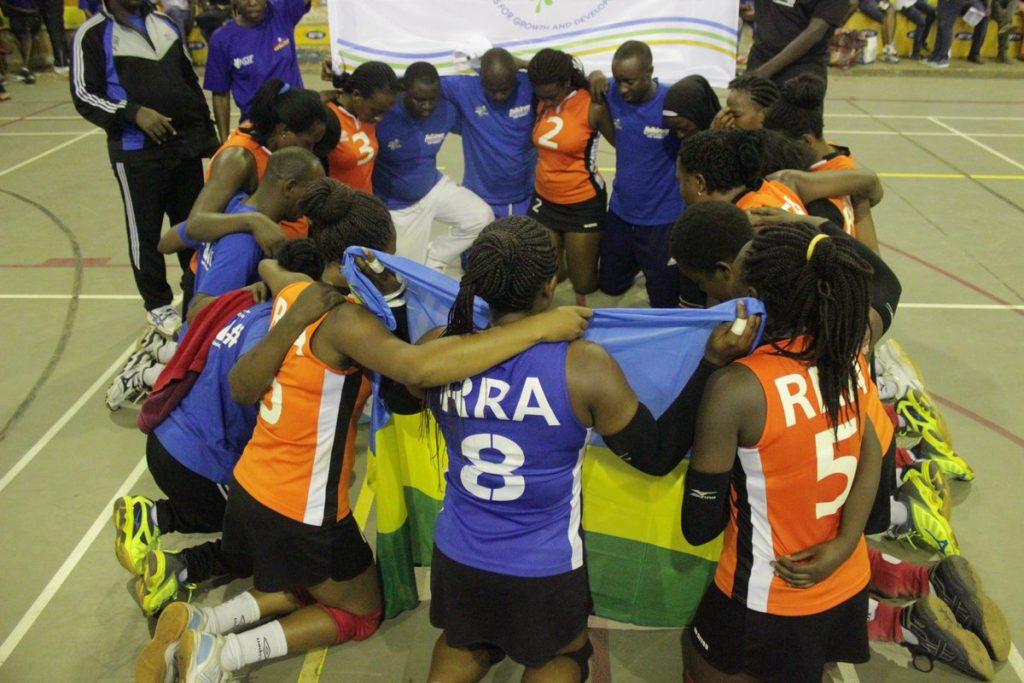 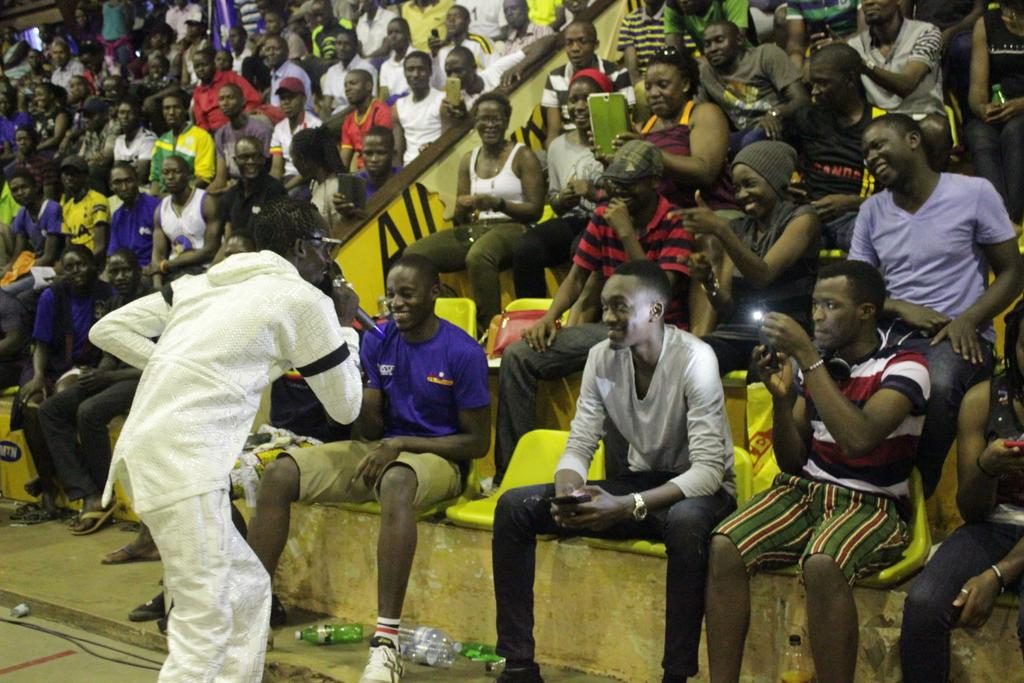 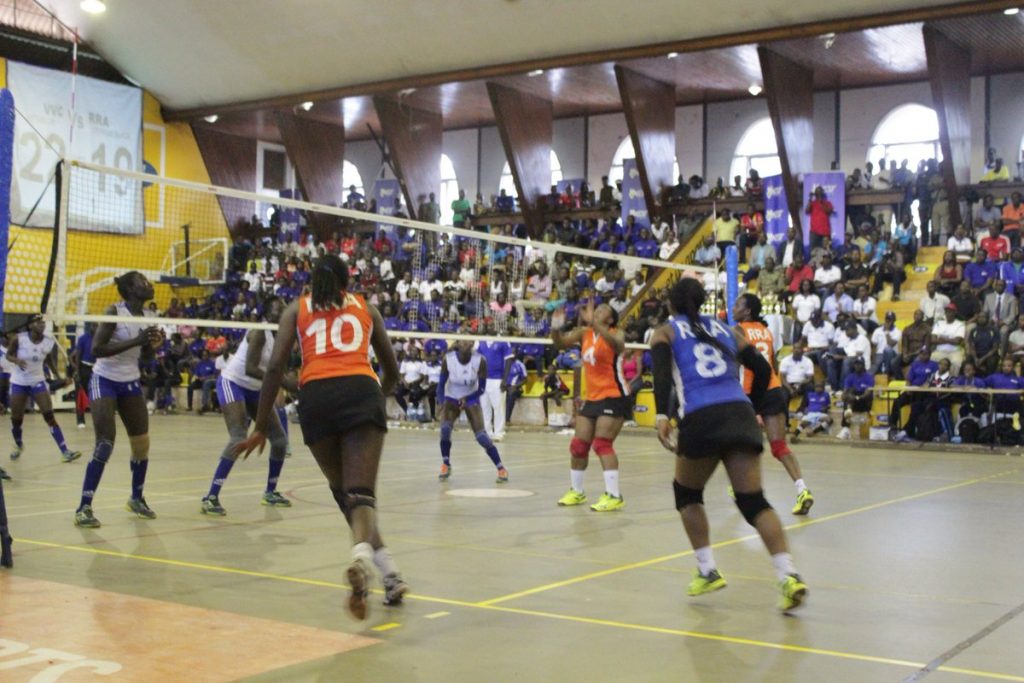 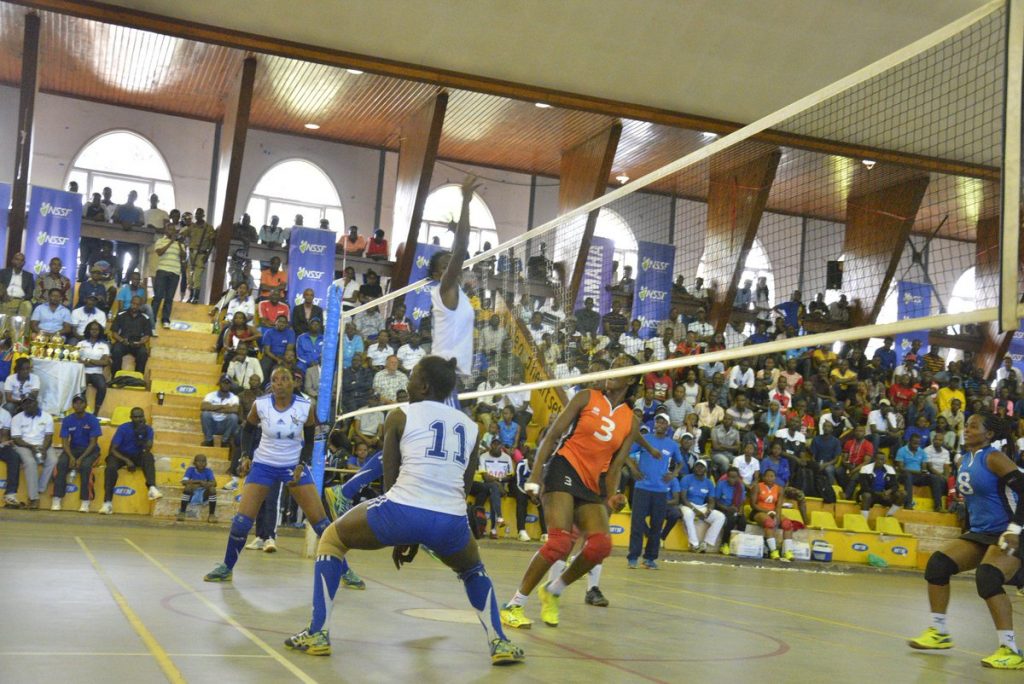 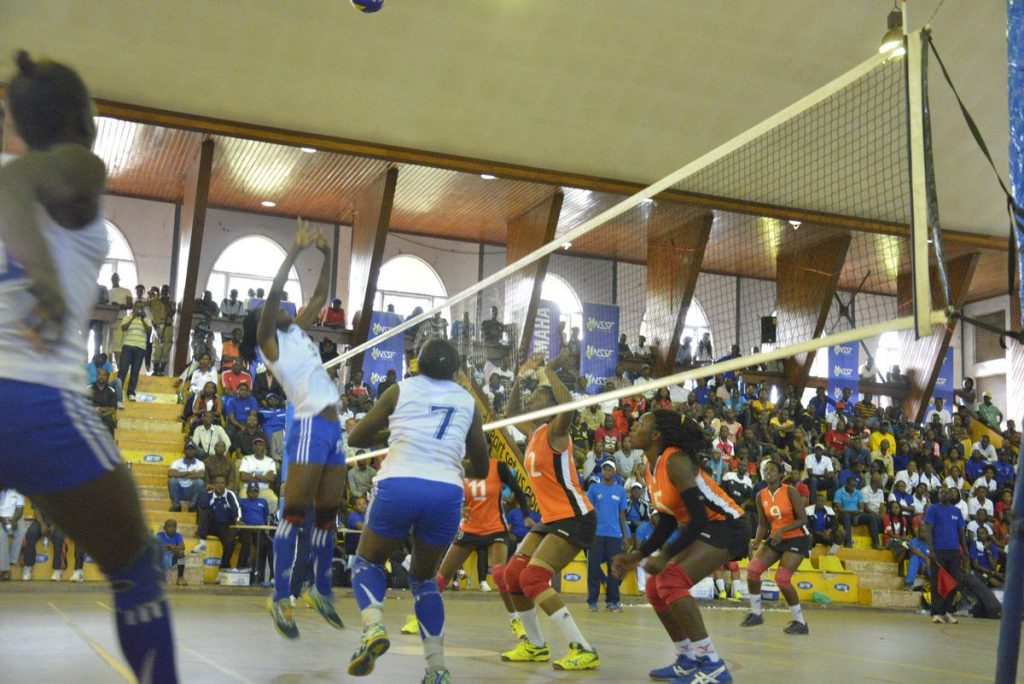 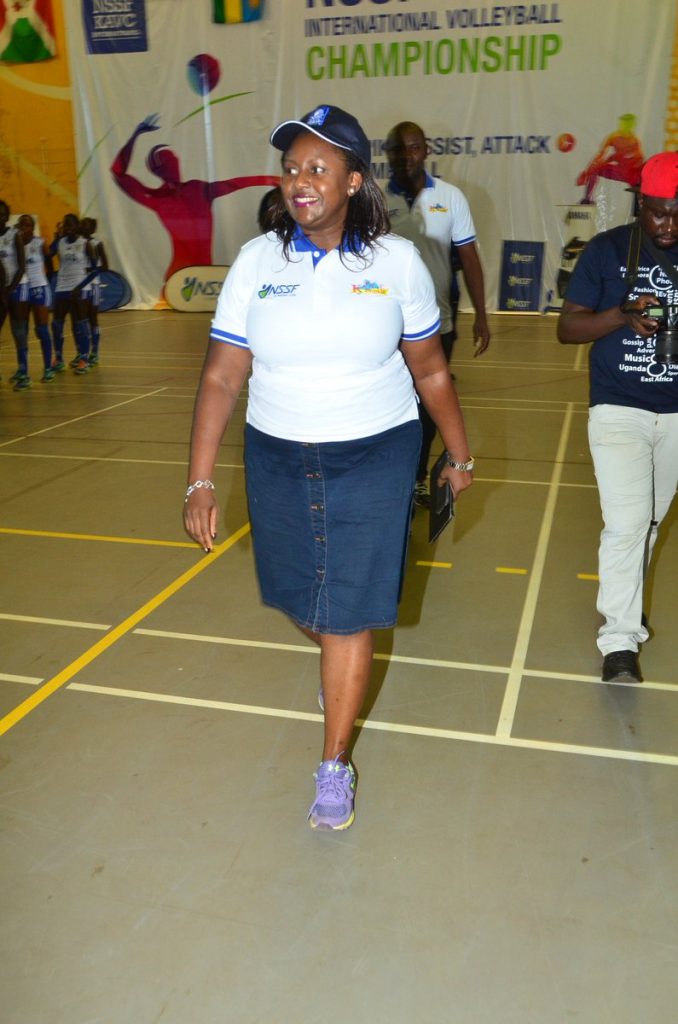