Authorities in Kabale district are investigating circumstances under which a Rwandan national was killed by mob action on Monday evening.

Police say they are hunting for suspects who allegedly stoned a person said to be of Rwandan nationality to death.

The deceased has been identified as Charles Somalia, a resident of Rukomo village, Nyagatare district in Rwanda.

He had crossed over to the Ugandan side to attend the market day at Omukareere in Mukochi cell, Kahondo parish, Maziba sub-county in Kabale district where he was murdered.

According to a statement by the Police spokesperson for Kigezi region, Elly Matte, the incident occurred at around 7pm on Monday.

“It was a market day and many of the Rwandese come therein and are said to have been drinking at Maliza’s bar where they developed a misunderstanding amongst themselves,” Matte said in a statement

The deceased is said to have tried to run but was chased, overpowered and stoned to death meters away from the trading centre.

Police visited the scene and the body was picked and taken to Kabale referral hospital for postmortem as efforts to establish those involved are being made.

Matte condemned the act and asked residents to volunteer information that will assist in apprehending the killers. 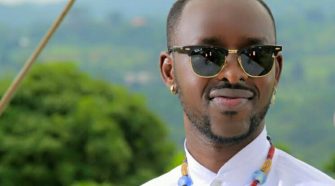