KIGALI –  Rwandan police on Tuesday said the spokesperson of Rwanda’s new rebel group, National Liberation Force (NLF) Nsabimana Calixte alis Sankara who was arrested weeks ago at Ibrahim Airport in Comoros has been repatriated to Rwanda.

“The Rwanda Investigation Bureau has detained Nsabimana, while processing his criminal case file. Nsabimana has been wanted over several offences committed on Rwandan territory,” police said in a statement.

The police said the offenses against Nsabimana include formation of an irregular armed group, complicity in committing terrorist acts, conspiracy and incitement to commit terrorist acts, taking persons hostage, murder; and looting.

“Nsabimana’s case file will be submitted to the National Public Prosecution Authority in accordance with Rwandan criminal procedure law.”

Using several social media platforms, Nsabimana claimed he has been engaging soldiers from Rwanda Defense Forces in a fight in Nyugwe Forest, a mountain rainforest area that is home to wild chimpanzees in the south of the country.

National Liberation Force is a military wing of Rwandan Movement for Democratic Change (RMDC) led by an affluent humanitarian Paul Rusesabagina who is deputized by Nsabimana.

“Those who seek to violently attack the unity and progress Rwandans are so painstakingly building, advance any agenda by killing and maiming innocent citizens or attempt to terrorise any part of Rwanda, those who support and bankroll them, will always fail and be brought to justice.”

Reacting to attacks in Nyungwe Forest this month by Nsabimana’s group, President Kagame said people who were celebrating and talking about how they are now overrunning some places in the country “don’t know what they are talking about.”

“Those who are behind it have in mind to provoke a war from which they mistakenly think they will benefit. They are trying to hide problems of their own and create a scenario where when war happens, you look the same. We refused this provocation,” Kagame said. 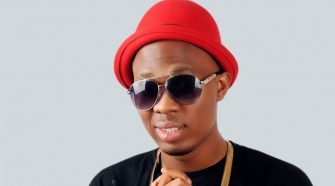