Rwanda’s Ministry of Health has Tuesday said that the country has registered 5 new coronavirus cases, bringing the country’s confirmed total to 75.

The new cases include 4 travellers who had arrived from Dubai and one contact of a previously confirmed positive case. All the 5 individuals had been isolated.

“All patients are under treatment in stable condition in an isolated health facility. The majority are asymptomatic and no patient in critical condition. The tracing of all contacts has been conducted for further management,” said Rwanda Health Ministry in a statement.

According to the country’s Health Minister Thadée Ndikumana, the two cases are aged 42 and 56 and travelled from countries which had already been hit by the disease.

“Both are Burundian nationals who had travelled to Rwanda and Dubai respectively and are being hospitalised at Bumerec hospital in Bujumbura,” Ndikumana told Journalists on Tuesday evening.

The Minister objected to tell when the cases arrived in the country on grounds that investigations are ongoing. He said announced their dates of entry will jeopardize contact tracing efforts.

The first cases of coronavirus were first confirmed in China in December last year and has since killed 41,435 globally. 845,526 are confirmed to have the virus and 176,504 have recovered from the disease.

Uganda currently has 44 cases of Covid-19 after confirming 11 new cases on Tuesday. Ten of the 11 new cases are children under Watoto Church children’s choir who contracted the infection while on their regular tours abroad.

No deaths due to the disease has been registered in Uganda. 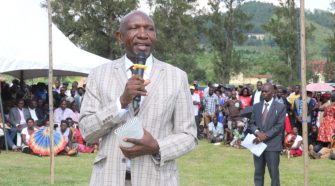