Anselme Mutuyimana, a politician from Rwanda’s opposition party, United Democratic Forces (FDU – Inkingi) has been murdered and his lifeless body dumped in a forest in Rwanda.

He was also the personal assistant to the leader of FDU-Inkingi, Victoire Ingabire, who was released from prison last year on Presidential mercy having been arrested in 2010 on charges of “genocide denial.”

According to FDU’s commissioner for communications, Theophile Mpozembizi, Mutuyimana’s body was discovered on Saturday morning by local residents near Gishwati forest.

“The residents had at night spotted a white car along the forest, stopped and seemed to drop something and sped off to where it had come from. In the morning, residents went to check only to find a dead body and to raise an alarm to the authorities,” Mpozembizi said in a statement.

There is strong suspicion he was waylaid by people who killed him and dumped him in the forest, Mponzembizi says, adding that “he died of strangulation, a technique of killing that has become common in Rwanda and in murders of Rwandan dissidents abroad”.

The deceased had recently been released from Mpanga maximum prison, where he had spent time after being convicted upon a political trial. It is alleged that during his jail term, he was subjected to endless harassment.

Anselme Mutuyimana is said to have been the one coordinating press interviews for Diane Rwigara, another Rwandan opposition politician who was released on bail in October 2018 after spending more than a year in jail on charges including inciting insurrection against the government of President Paul Kagame.

“Another opposition politician, Kagwa Rwisereka was equally murdered a couple of years back and nobody has ever been convicted in relation to his death,” the source added. 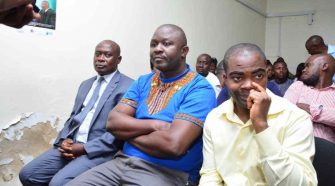 BOU Saga: Bank of Uganda’s Director of Currency Charged for Neglect of Duty