The Ambassador of Rwanda to Uganda Maj Gen Frank Mugambage has dismissed claims that the recent laying off of 10 Ugandan journalists working in Rwanda is connected to the ‘strained’ relations between the two neighbouring countries.

About a week ago, a total of 10 Ugandan journalists who have been working with New Times, Rwanda’s government owned newspaper were relieved of their duties.

According to the New Times’ Managing Director, Collin Haba, the firing of the journalists was part of a restructuring process that the newspaper is undertaking to downsize on its human resources.

However, the dismissed journalists say the action only targeted Ugandans, and have since engaged the Ugandan embassy in Kigali to establish what their fate will be.

The reports were received with speculation and anxiety in Uganda, arousing questions on whether the decision to lay off the Ugandan journalists could be in relation to the latest animosity between Kigali and Kampala.

On Friday, while addressing the press at the Rwandan High Commission in Kampala, Ambassador Mugambage said that the termination of employment of the 10 Ugandans had to do with normal organizational restructuring and less to do with bilateral state relations.

“I have also been reading in the news about people who were expelled from New Times. But if your time or contract has expired, the organization for whatever reason can lay you off,” the Ambassador said.

“Let’s not get things out of context. Why should we rush to peg it to relations? We should not rush there,” he said.

He said that he was assured that the contractual terms of the sacked journalists were honoured and the benefits due to them were given to them.

“I am sure there are Rwandans who also through the restructuring have been laid off. Is it out of the world for people to be laid off?” the envoy wondered.

He stressed that what is of importance is whether the contractual terms were followed in the process of laying them off.

However, the affected journalists who spoke to this website seem to suggest otherwise.

One of them who preferred anonymity for fear of possible repercussions said that the Management at New Times did not give them prior notification as required by law.

“Law requires that we are given three months notice but that did not happen. Quite clearly, we were sacked because of our Ugandaness,” the journalist said.

“We are victims, the sacking was selective, targeting Ugandans only. In fact, they are already recruiting Rwandans to replace us”.

But Maj Gen Mugambage says there are many Ugandans working in Rwanda and vice versa, and that “no one is employed forever including me myself”.

“I see organizations restructuring here and bringing new people on board. It is a general restructuring and has not affected Ugandans alone”.

It is said that in the same restructuring process at New Times, a Human Resource Manager who was Kenyan and an Executive Editor who was Rwandan were also laid off.

Several efforts made by this website to reach the New Times’ Managing Director, Collin Haba on his telephone were futile as he could not pick the calls.

When the question of unclear termination of contracts of Ugandans working in Rwanda was put to President Paul Kagame while on his visit to Uganda over a week ago, he said the relevant authorities in both countries would get to the bottom of the allegations.

“There are many things that are said, sometimes reported out of context. The concerned institutions on both sides together can get to the bottom of any matter that has arisen,” President Kagame said in response. 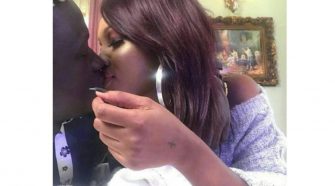