The Uganda Editors’ Guild has expressed concern over the arrest of NBS TV news anchor, Samson Kasumba and called for a speedy probe.

Editors are appealing to authorities to conduct a quick and transparent investigation into the matter “while ensuring that Mr Kasumba has access to legal counsel, and all his other rights are respected”.

Kasumba was arrested Monday night while he was on his way from his workplace.

“We are also aware of comments by the police spokesperson that Mr Kasumba is being held in connection with allegations unrelated to his work as a journalist,” Atuhaire said.

However one of his lawyerss, Magyela Peter, told this news website that since Kasumba’s arrest in the night, they haven’t accessed him and that they don’t even understand which agency of security is handling him.

He said their (lawyers) requests to meet their client have been turned down by security personnel who reportedly claim to be under instructions. 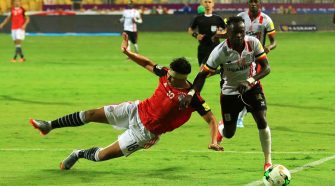