Members of Parliament sitting on the Defence Committee had a bitter exchange accusing the Vice Chairperson and Budaka County MP, Mbogo Kezekiya who had chaired the Committee of harboring a conflict of interest after he adjourned the Meeting with the Defence Minister prematurely.

The Defence Minister, Adolf Mwesigye led a delegation of officials from the Ministry of Defence to submit on the budget Frame work paper for the 2018/19 financial year.

The entire meeting was full of disorder as members most of whom come from the opposition fired a number of questions to the Minister and the delegation but were being defended by the Chairperson who shielded them from answering the questions.

The members led by Butambala County MP, Muwanga Kivumbi and Theodere Ssekikubo demanded from the Ministry to share a report of the investigations that were carried out into the UPDF Choppers that crushed on the way to Somalia.

Despite members’ persistent demands, the Minister informed the committee that he wasn’t willing to reveal any information which he termed as classified and would thus prejudice the security of the country.

The Chairperson ruled to leave the matter and continue with other issues despite rejections from the members.

After the prepared presentation and reactions, the Meeting was opened to questions from members.

The questions asked were related to the current security status of the country, the presumed conflicts within the different security organs, presence of soldiers in DR Congo and the unclear operations which include rearresting of released suspects.

Immediately after the last question was taken, the Chairperson adjourned the Meeting without letting the Minister to give any response and the Minister thus stood up to with his delegation to exist the room.

This move angered members who then rose up and shut the door to the room not allowing the delegation out before they could respond to the questions asked.

They accused Mbogo for acting so uncivilized and incompetent to chair such a sensitive Committee exposing high levels of conflict of interest.

“You tell us, when is he going to answer our questions, if not then we shall not allow him out. Lets go back and sit, call the meeting back to order and let them all sit down,” shouted Gilbert Olanya who blocked the door.

Sekikuubo said, “these querries must be answered by UPDF, they must tell us but our chairman is saying it isn’t of concern, we need to know the operations of the army across the boarders which parliament must first authorize.”

Mbogo pleaded with the legislators to calm down and let the visitors out so as to engage in an in-house meeting to solve the grievances.

The members later agreed and sat back in a meeting chaired by the Obongi County MP, Hassan Kaps Fungaroo. 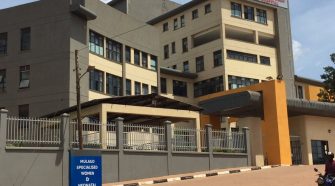