Former Uganda Cranes tactician, Sebastian Desabre has extended his victory wishes to the team ahead of their friendly encounter against Harambee Stars of Kenya on Sunday afternoon.

The game now underway at the Kasarani Stadium in Kenya is part of the International friendlies happening this weekend.

In a tweet, Desabre who cut short his contract as the team’s tactician, just a day after Uganda bowed out of the Africa Cup of Nations (AFCON) final tournament, says the game is good for the country’s football development.

“I wish the best in this new step to further improve the team that proudly represent the progress of Ugandan football. Good luck to coach Abdallah Mubiru,” reads his tweet in parts.

“Congratulations to the federation and its president Magogo for all the work done. Proud to have been coach of this country,” he adds.

The French national was appointed on a three year employment contract in December 2017 replacing Moses Basena who was serving on an interim basis following Milutin Micho Srjedevic’s untimely departure.

Desabre guided the Cranes to 2019 AFCON finals before leading the team to the knockout stage of the competition for the first time in 41 years.

The team which is captained by striker, Emmanuel Okwi jetted in Nairobi on Friday using Uganda Airlines. 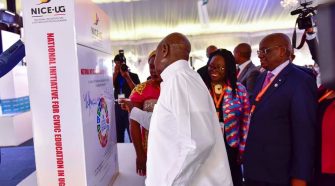