Two explosive devices have been found in mail sent to the offices of former President Barack Obama and former Secretary of State Hillary Clinton, the Secret Service has said.

The explosives were separately intercepted in Washington DC and New York.

The device addressed to Mrs. Clinton in Westchester County was found late on Tuesday by a Secret Service employee who screens mail for her office, the statement said.

On the other hand, the package addressed to Obama was intercepted by Secret Service personnel in Washington, D.C. early on Wednesday.

“The packages were immediately identified during routine mail screening procedures as potential explosive devices and were appropriately handled as such,” the statement said.

Secret Service said that non of the former leaders received the packages.

“The protectees did not receive the packages nor were they at risk of receiving them.”

The United States Secret Service is a federal law enforcement agency under the United States Department of Homeland Security, charged with conducting criminal investigations and protecting the nation’s leaders including former Presidents.

The agency said on Wednesday it had “initiated a full scope criminal investigation that will leverage all available federal, state, and local resources to determine the source of the packages and identify those responsible”.

The devices are said to have been similar to one found on Monday at the New York home of American billionaire philanthropist, George.

The Federal Bureau of Investigations (FBI) said that it was aware of a ‘suspicious package” found near the Clintons’ residence and that an investigation has been launched.

“We are aware of a suspicious package found in the vicinity of the Clinton residence in Chappaqua, NY, and our JTTF has engaged with our federal, state and local partners to investigate. As this is an on-going investigation, we will have no further comment at this time,” FBI tweeted on Wednesday. 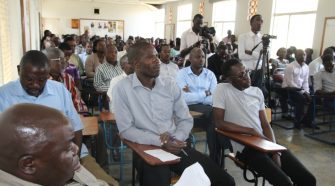 MUST Staff to Petition Education Minister, Threaten to Resume Strike in 2 Weeks