A security guard has shot and killed a man in Kyengera near Kampala by after an exchange with the victim.

Okwir Isaac, a security guard is attached to Redteck Company, a private security firm, and he was guarding a Pepsi depot.

Police say the incident happened at Kyengera, Nsangi Division in Kampala at 9pm on Monday night.

The victim has been named as Kinene Abubakar who worked as a mechanic. It is alleged that the two got involved in a quarreling which resulted in the killing of Abubakar.

Okwir fled the scene and is wanted by Police. 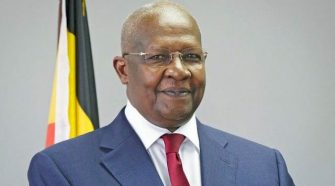