Uganda Tourism Board (UTB) has said that despite the recent unfortunate incident in which an American tourist and a tour guide were abducted in Queen Elizabeth national park, the park is open and safe for visitation.

Police said the duo was rescued unharmed from the thick forests of Ishasha in the neighbouring Democratic Republic of Congo and has since arrested 8 suspects in relation to the criminal act.

In a statement issued Wednesday by Lilly Ajarova, UTB’s chief executive officer, the Queen Elizabeth national park abduction was a one-off incident which doesn’t reflect the security situation in the parks and the country.

She said it was an isolated incident adding that “the Queen Elizabeth national park is open and safe for visitation and safaris continue to go on smoothly.”

According to Ajarova, security has been beefed up in parks to prevent further incidents of kidnap in future.

“Through the Uganda Wildlife Authority and security agencies, new measures as well as strict guidelines to avoid similar incidents have been put in place,” she said.

“Security has been tightened in all national parks for tourist’s safety. Tourists are encouraged to continue visiting the parks and to enjoy Uganda’s wildlife abundance.”

While addressing journalists at the Uganda Media Centre on Wednesday, government spokesperson, Ofwono Opondo, said Uganda is safe for both her citizens and foreigners including tourists.

He said in 2018, Uganda received 1.7 million foreign tourists and non of them was abducted.

Opondo said the world should know Uganda remains a safe country to travel to, enjoying vacation and doing business. 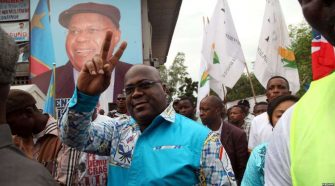