According to a Senior Operative in ISO, who Friday exclusively spoke to this news website on condition of anonymity,  Col Kaka issued the directives through his Executive Assistant, Lt Col Ambako Kibrai, on Thursday during a meeting with top ISO operatives.

The source reveals that Col Kaka ordered all RISOs to ensure that District Internal Security Officers (DISOs) and GISOs comply with the directive.

“I have decided to share this so that the powers that be, understand what is happening. We cannot work in isolation. We need to work jointly with other security agencies. But Afande Kaka thinks he can be the alpha and Omega,” a senior ISO operative who attended the meeting told this news website before handing the phone to his other colleague.

The Colleague told SoftPower News that the decision to block information sharing among sister security agencies as it is being championed by the ISO boss, is selfish and may negatively impact on security operations.

“Hello. It seems Kaka wants to take us back to the Kayihura days where he (Kayihura) had taken over the entire security and relegated other security agencies to the periphery. It will not be good for us to keep queit when things are going wrong,” the colleague intimated.

Adding that, “When Kayihura was removed, security agencies started working jointly. We started carrying out joint operations again. Kaka is taking us back to the bad times of not sharing information.”

It is not clear why the ISO boss is courting divisions in security but the source said the “DG (Kaka) has issued strict orders against information sharing.”

He quoted Col Kaka’s message sent to all RISOs warning them of consequences if they continue sharing with other agencies.

“We have received various reports of a sister agency trying to solicit intel on service delivery from our field staff. Please remember that any sharing of such info MUST be authorised by Dgiso. Any unauthorised info is punishable,” reads the message.

Our efforts to reach Col Kaka for a comment on the matter were futile since his known telephone contact was out of reach. 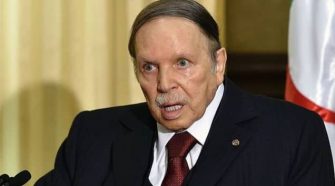