The Opposition Chief whip in Parliament, Ibrahim Semujju Nganda has written to the Speaker, Rebecca Kadaga advising her not to risk extending Bugweri County MP, Abdu Katuntu’s tenure as a chairperson of the committee on Commissions, Statutory Authorities and State Enterprises (COSASE).

Semujju told the media at FDC headquarters after addressing a weekly press conference that the Speaker’s decision will be an illegality that will subject any decision taken by the committee thereafter to legal challenges.

“I have today written to the Speaker of Parliament responding to her letter to me dated 19th December; in my letter, I have advised the Speaker on how the matter must be resolved,” Semujju said.

Sumujju’s letter follows an address by the Speaker to the media last week where she insisted on using her powers vested upon her as the head of the institution to extend Katuntu’s tenure up to February this year.

Semujju said that following his letter to the Speaker on August 7th, 2018 informing her that the opposition had changed leadership under Rule 155 of the Rules of Procedure, Kadaga responded on August 13th requesting an extension of the leadership of Accountability committees.

“So I have asked the Speaker in my letter to stop the same people from commencing fresh investigations into entities,” Semujju said.

Semujju reminded Kadaga that under Rule 115 and 116, Parliament has no power to extend the tenure of the said leaders even when they are doing great work.

“I have thus proposed to her, that we can save the Bank of Uganda (BOU) investigations using rule 206 under which a committee can co-opt any member for a specific assignment for a certain period.”

“I have already spoken to the new (incoming) leadership of Mubaraka Munyagwa and have agreed that when they assume office which is this week, they will co-opt Katuntu or any other member of their choice for a specific assignment and can ask him to chair BOU up to the end.”

Semujju said that that is the only legal way of dealing with this matter and if there are other illegal ways, he is not party to them.

The term of the current COSASE leadership is for two and half years and is supposed to end on January 13. The committee is set to resume their investigations this week. 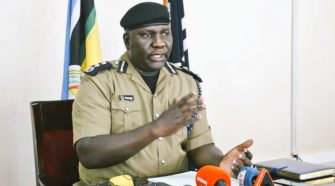