At least 40 people have so far been rewarded in the ongoing Centenary Bank digital campaign which was launched in April to reward customers and staff.

The campaign dubbed “Kwasa with CenteVisa” has in the last fortnight through weekly draws so far rewarded up to 40 customers and staff for using their CenteVisa cards when making purchases through the global visa card services platform.

One of the winners identified as Aidan Kateregga said that he was surprised when he received a call informing him that he was drawn as one of the winners of the weekly prizes and yet he had only recently begun using the visa card services due to the convenience that it comes with.

“I recently started using visa card services because of the many benefits of using it, and because I can use it for different purchase points including buying fuel for my car or cooking gas, for groceries at most supermarkets around, for online shopping on sites like amazon, and buying medicine at pharmacies among other places,” explained Kateregga.

While handing over the prizes to winners, Beatrice Lugalambi, Centenary Bank’s General Manager Corporate Communications and Marketing commended the winners for participating and encouraged them to become ambassadors of the digital age while using their CenteVisa cards and to encourage their counterparts, friends and families to do the same.

“As the banking industry evolves world over, we need to be ahead of the digital transformation in Uganda by providing an environment in which our customers can ably and conveniently enjoy the digital space in which we operate,” Lugalambi said, adding that, “We only launched our visa card services last year as the youngest entrant onto the platform, today, we have so far issued over eight hundred thousand cards (800,000) country wide.”

This is the largest number of cards ever issued by any single visa card distributor in the Ugandan market in the last 10 years since visa was first launched in the country.

Additionally, customers who transact a minimum of four (4) times in any one month stand a chance to win a fully paid trip for two (2) to watch the 2019 Africa Cup of Nations games slated for June and July this year in Egypt where we are competing as a country.

David Lutalo, who has a large following of a cross-section of the bank’s base as a following is the campaign’s brand ambassador, hinged on his hit song, “Kwasa”. 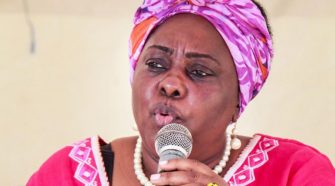 Uganda Evaluation Week Kicks Off, Govt to Evaluate its Efficiency