Following the continuous blockage of Kyadondo East MP, Robert Kyagulanyi’s music concerts and performances, Kasanda South MP, Simeo Nsubuga has revealed that this has to do with the fact that the singer and legislator is a political threat to the NRM government.

On Wednesday, Police blocked Bobi Wine’s music show at his One Love beach in Busabala on allegations that he had not fullfiled the set conditions.

In what he termed as the naked truth, Nsubuga, a former Police Spokesperson noted that no one would ever allow his political oponent thrive when he has the people to put him under control.

“The truth remains the truth. No government in this world, you will put on notice that i am coming to unseat you from power and you think they will just look on and allow you to operate freely to achieve both your economic and political interests,” Nsubuga posted on his social media platforms.

“Our Hon. colleague may want to exercise his economic freedom but the truth of the matter is that, it conflicts with his political interests, where he has indicated publicly that he wants State power and is determined to unseat the democratically elected government of NRM 2016-2021,” Nsubuga said.

The Kasanda South legislator has advised Bobi Wine to choose between either furthering his political ambitions and lose his economic strength or the other way round.

“Believe me or not, one interest (economics) has to suffer at the expense of the other (politics). You can’t eat your cake and have it. So he has to choose one, you can’t have both and that’s the naked truth.”

“Even if you are the one in State Power, you take such threats with seriousness it deserves,” he said. 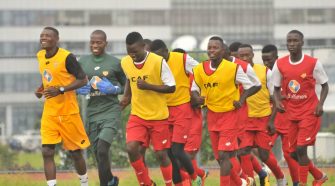