Good Life musician Moses Ssekibogo alias Mowzey Radio is in Intensive Care at Case Hospital where he has undergone surgery on his head following a fight that led to the damage.

Radio, reportedly sustained grave injuries on his head leading to a blood clot after a bar brawl on Monday Night at Freedom Beach Entebbe.

It remains unclear what sparked off the fight.

According to friends, Radio was shoved off by a bouncer landing his head on a sharp object which inflicted a deep cut.

It is feared he could have damaged his brain. The musician is in coma at the hospital.

The Good Life Crew is slated to perform at Cayenne Bar in Bukoto on Valentines Day.

Radio is one of the best male vocalists in the country.

We wish him a quick recovery. 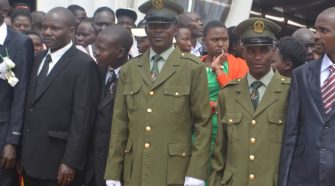