The President said this on Monday during a public lecture held in memory of former Kabaka of Buganda Kingdom, Edward Mutesa ll at Sheraton Hotel Kampala.

In an account of the events in the aftermath of Uganda’s independence in 1960, Museveni said that his group did not agree with the Kabaka Yeka Party “because of the unacceptable demands they had tabled, including having a state within a state”.

At the time, Museveni was a member of the Democratic Party and at the time. He added that at the time, Kabaka Yeka was mistreating DP in Buganda, and labeling it (DP) a curse.

Nonetheless, he paid tribute to Mutesa II as a Pan Africanist.

“He was a Pan-Africanist, close to Mzee Jomo Kenyatta and other leaders in the region,” Museveni said.

“Ssekabaka Muteesa II’s main problem was the company he linked up with here in Uganda. Perhaps if we had linked up with Sir Edward Mutesa as leaders of the young student movement, the situation would have been different”.

Museveni recounted that following an alliance with Yusuf Lule, who was our chairman during the liberation struggle, his group met Kabaka Mutebi “who loves his country passionately and supported our struggle”.

“We discussed with him how kingdoms would work and unify Africa by placing emphasis on linkages”.

The President used the event to stress the importance of integration which he said is the sure way of guaranteeing market for Uganda’s products.

“The problem with most African countries is relying on muscle power and animal power. This explains why we are lagging behind in producing things for a long”.

He explained that mass production by machines creates prosperity, which comes from production and specialization using machines.

“We therefore need to work for prosperity, strategic security and fraternity to achieve unity. I am very grateful to those who organized this lecture and wish you all success in all your activities,” he said. 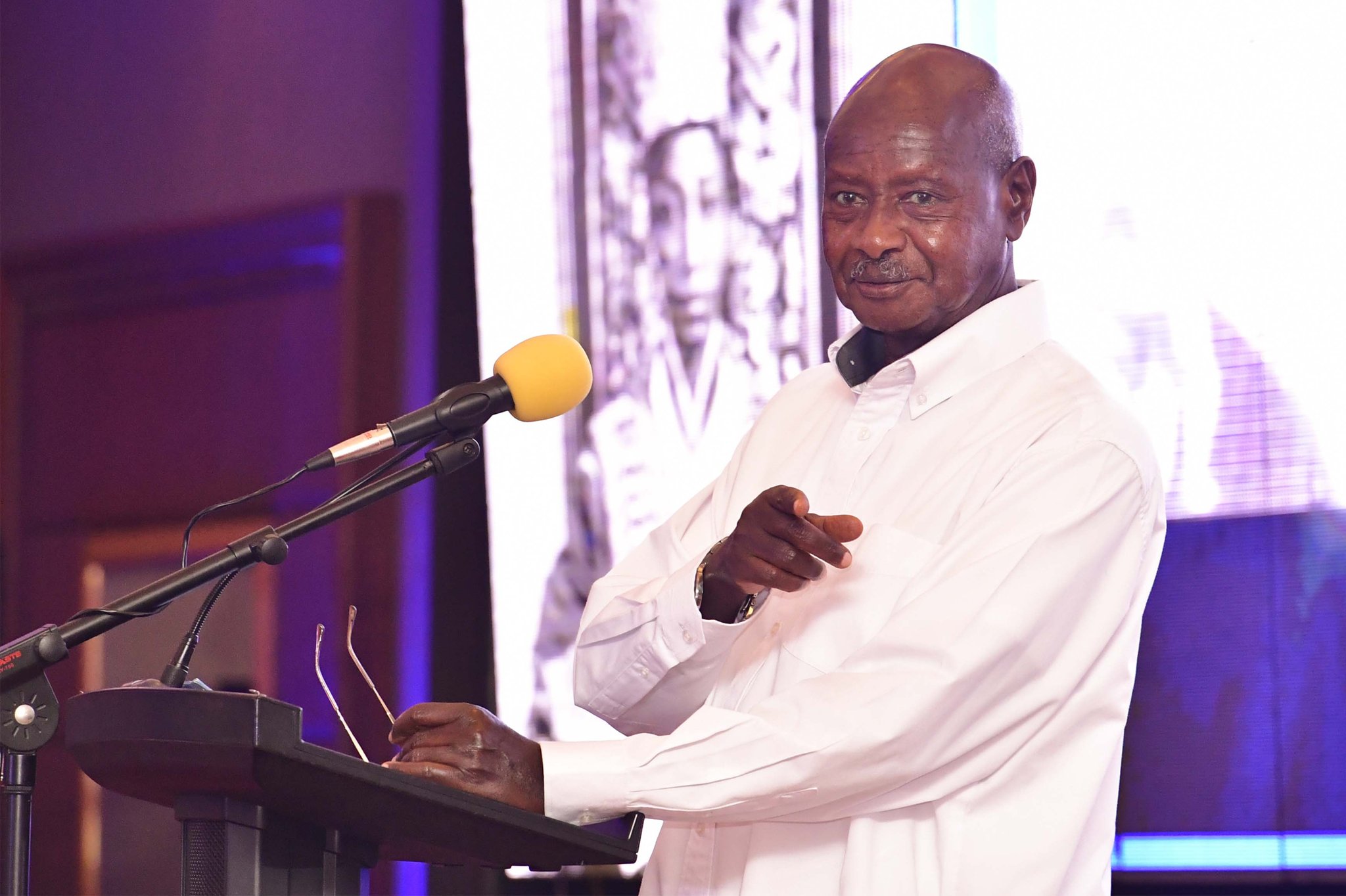 Museveni said that government will hand over Mutesa’s car, a Rolls Royce, that has been kept in the Uganda Museum for years.

The President contributed Shs 300m towards the ongoing renovation works of the Kasubi Tombs.

Makubuya also appealed to government to tackle the Buganda question which he said the president has tried to address in the past. 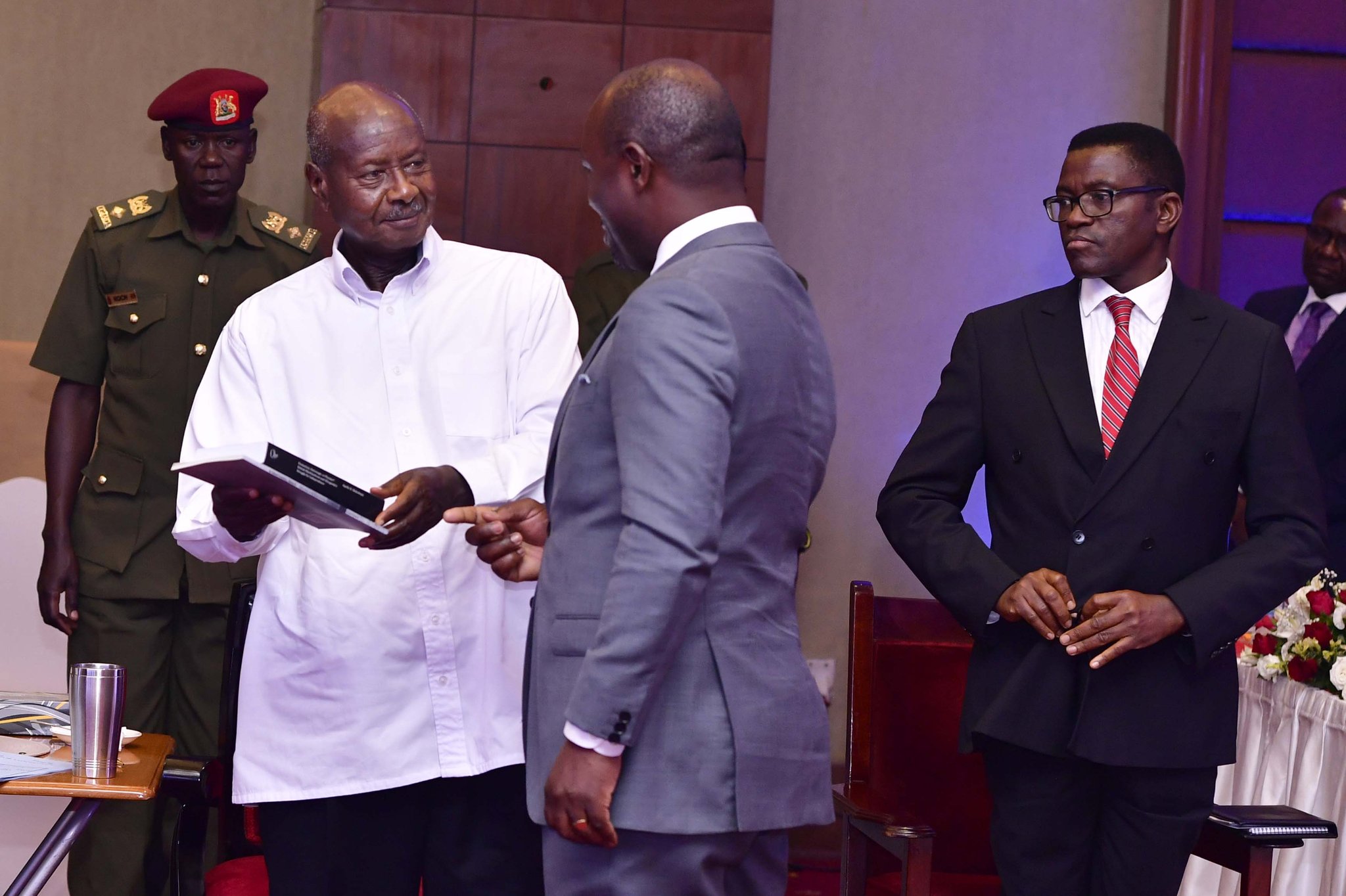 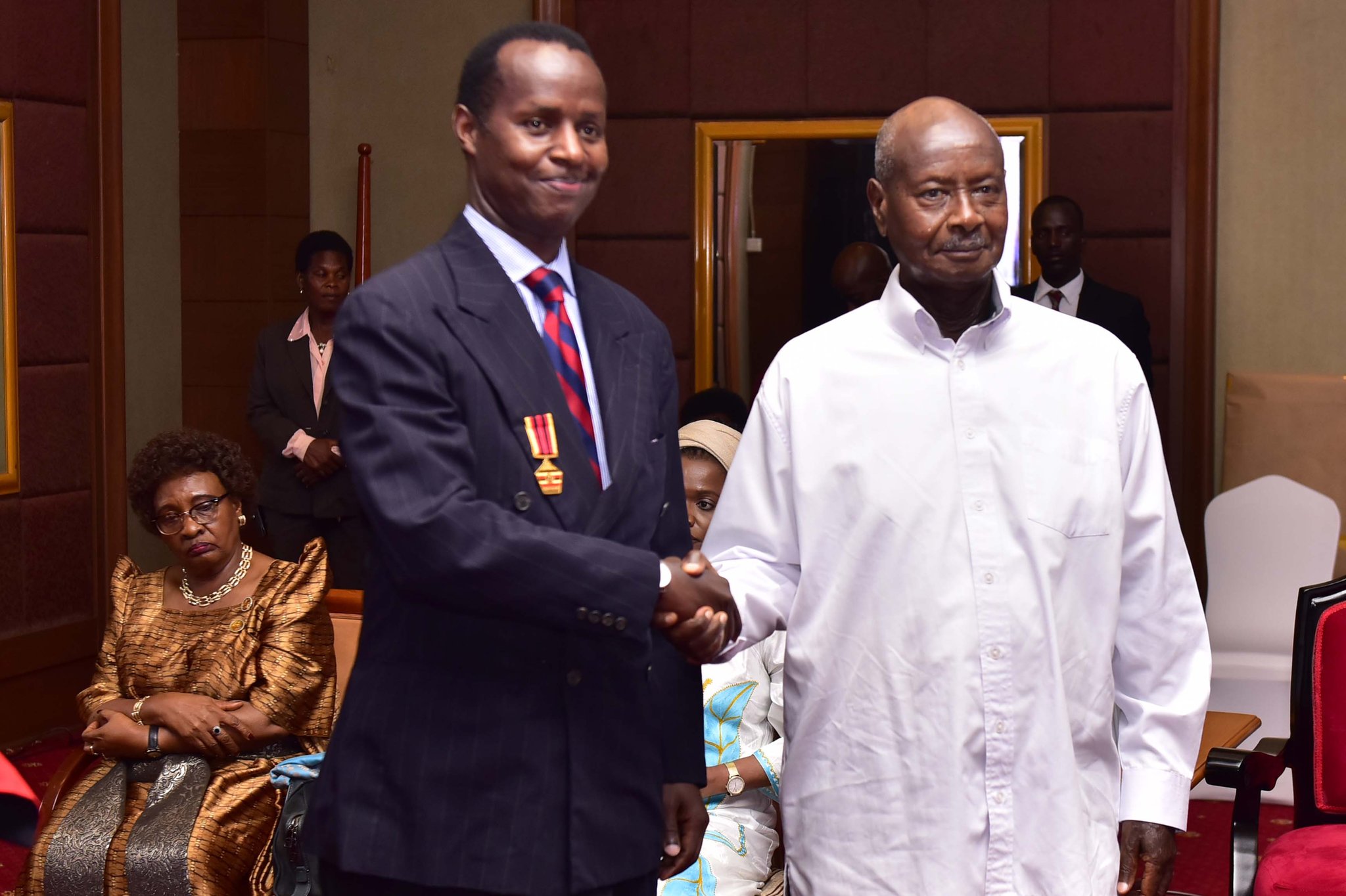 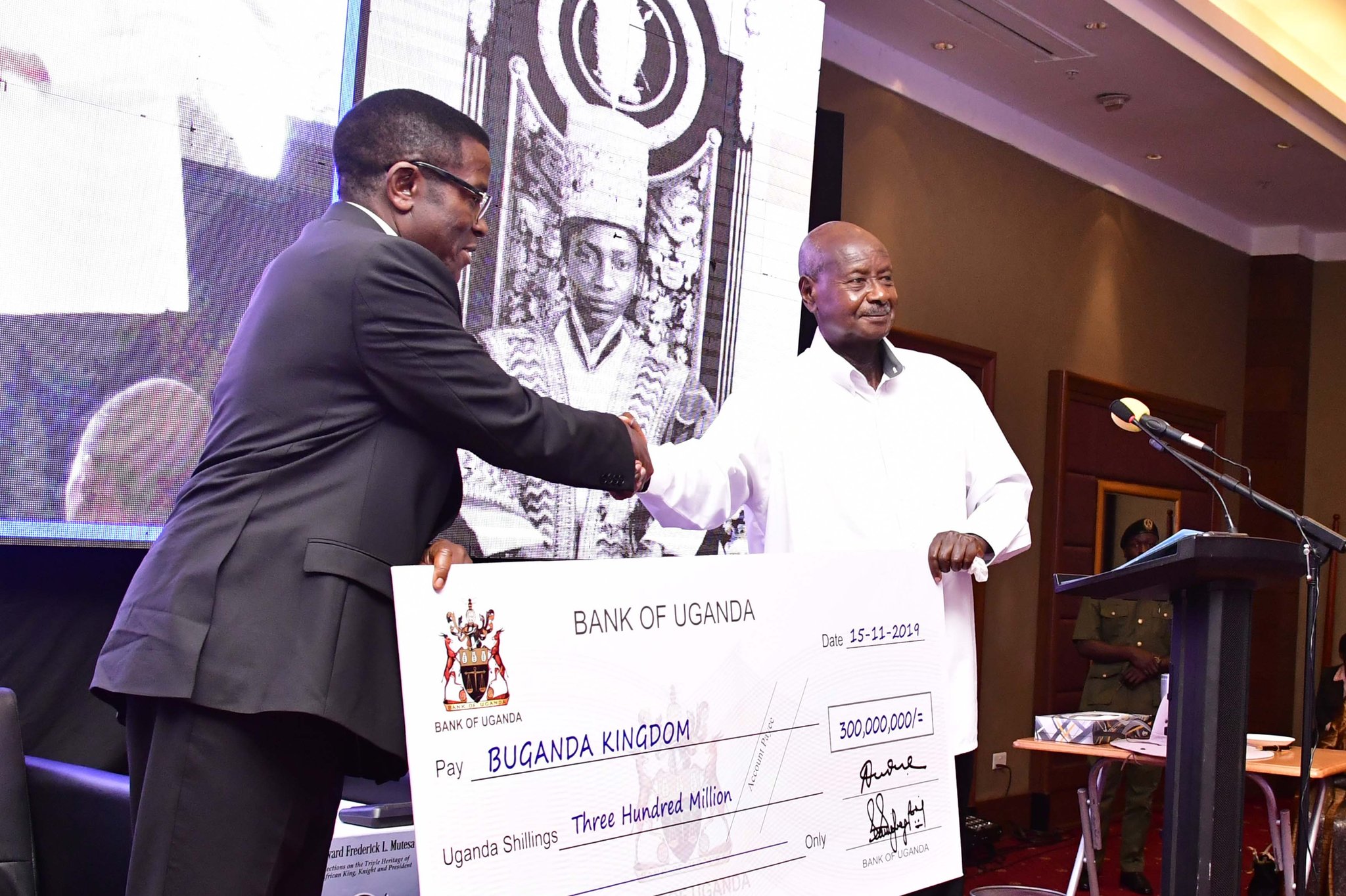 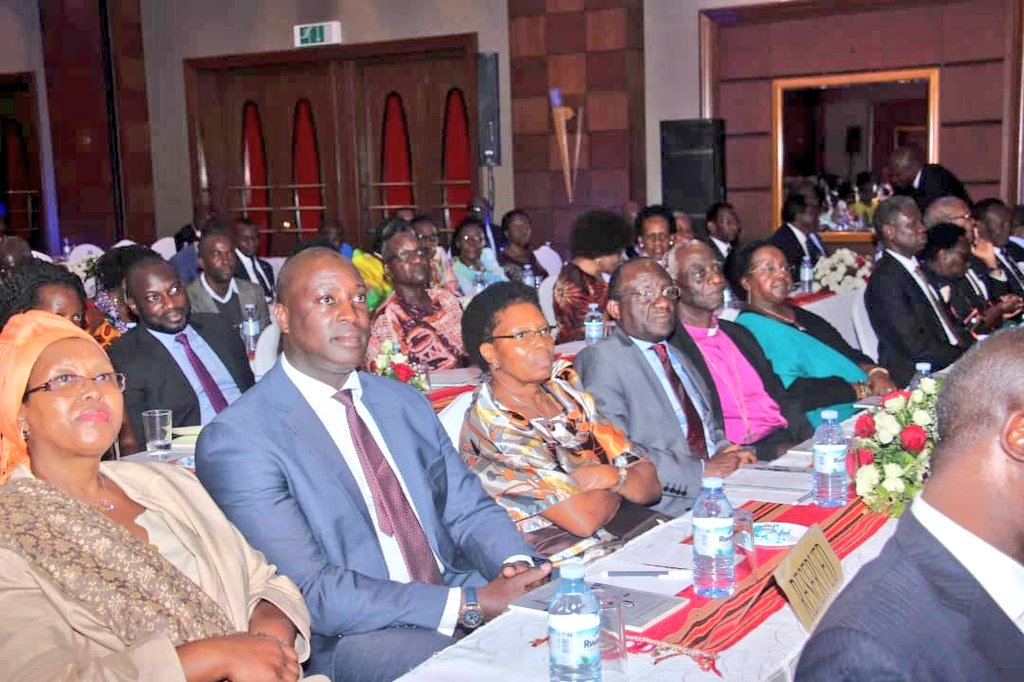 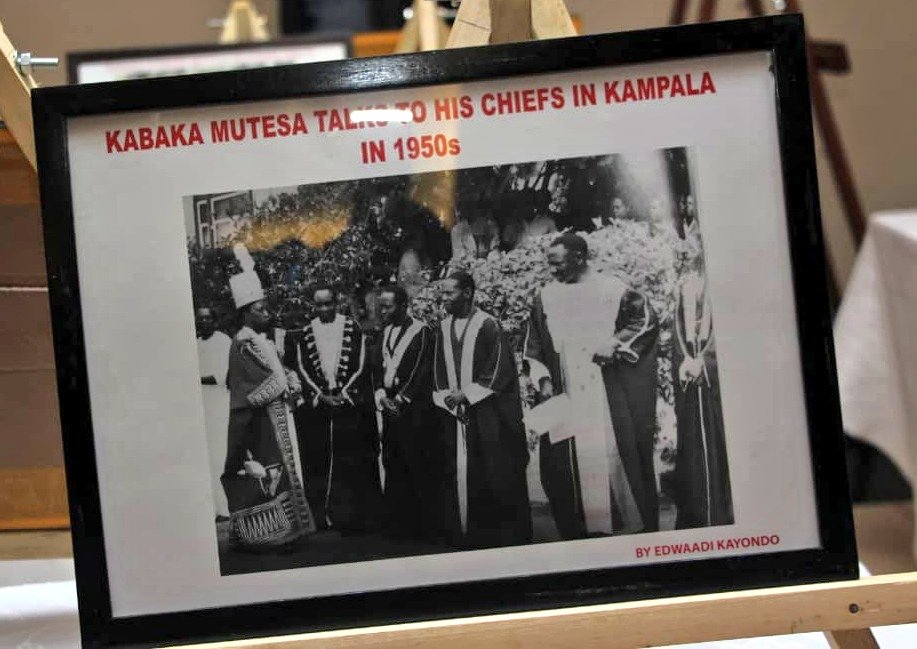 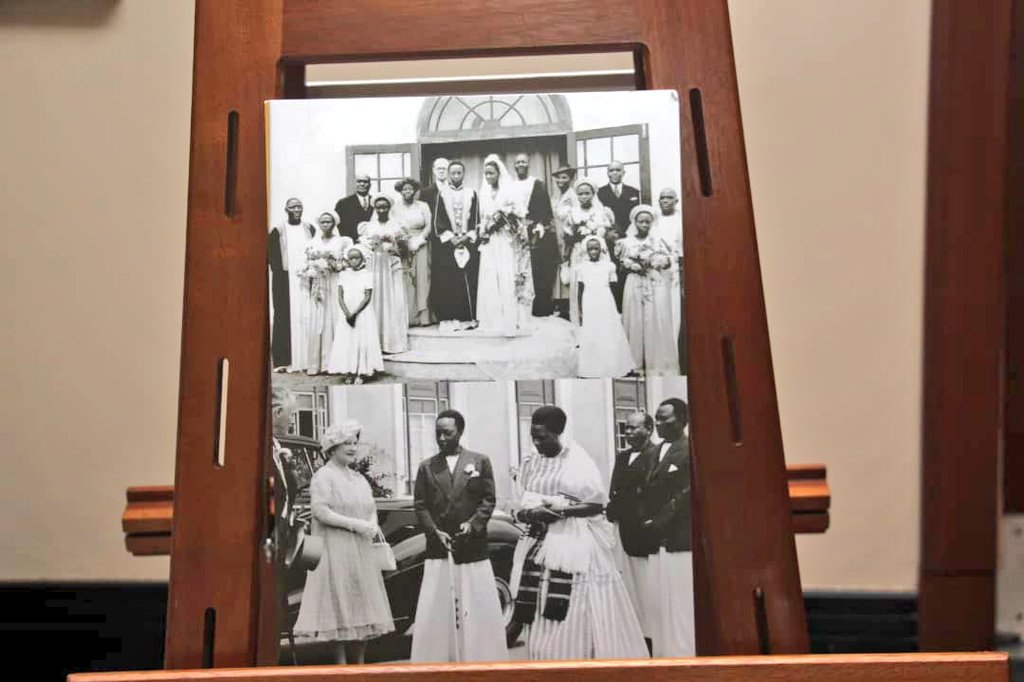 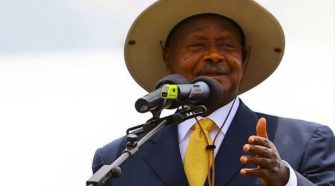