The government of Somalia has asked the UN Special Representative to Somalia, Nicholas Haysom, to leave the country with immediate effect for allegedly violating the UN’s protocol and interfering with the country’s sovereignty.

On December 13, authorities arrested a former deputy leader of militia group, Al-shabab, Mukhtar Robow, who was also a leading candidate in the recently held regional Presidential elections in the southwestern part of the country.

Government claims that he was arrested on suspicion that he brought militants and weapons back to the southwestern town of Baidoa.

His arrest sparked violent protests in the region leading to several deaths and arrests in an attempt, to restore calm by security agencies.

This prompted Nicholas Haysomt towrite to the federal government of Somalia on December 30, demanding explanation into the legality of Mukhtar’s arrest as well as actions taken to investigate the killing of civilians in Baidoa after his arrest.

Haysom also raised concerns about the arrest of over 300 people involved in the demonstration.

Now, the Ministry of Foreign Affairs in a statement says the envoy “is not required and cannot work in this country”, effectively and has declared him persona non grata.

“The decision comes after he openly breached the appropriate conduct of the UN office in Somalia,” the statement read.

Al-Shabaab has sought for over a decade to topple the central government and implement its strict version of Islamic law. It was driven out of the capital in 2011 but maintains a foothold in some regions including South West.

Robow, however, publicly renounced violence and recognized federal authority in 2017. 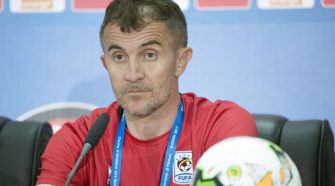