Somali President, Mohamed Abdullahi Mohamed Farmaajo has made his visit to peacekeeping troops under AMISOM, applauding the troops for the support rendered to the Somali army.

According to Maj Peter Mugisa, the Public Information Officer for the UPDF contingent in Somalia, President Mohamed made the visit to AMISOM and SNA troops based at Sabiid Anole town on Friday.

Sabiid Anole town lies 40kms Southwest of the capital, Mogadishu. It is the strategic town with the Sabiid bridge and T-junction which were recently liberated from Al-shabaab. It was one of Al-shabaab’s stronghold towns that acted as tax extortion point, IED manufacturing base and a planning ground for attacks against Mogadishu city.

However, Sabiid Anole was later recaptured and is now under the control of Federal Government of Somalia.

During his maiden visit, President Mohamed, who was dressed in full army combat, applauded AMISOM’s support rendered to Somali National Army (SNA) in capacity building and fighting alongside SNA to defeat the Al-shabaab insurgents.

However, President Mohamed said that a lot is still needed in mentoring the Somali national army so that it can sustain itself.

“There is more work to be done in mentoring SNA in mobile warfare such that they can begin offensive operations on their own,” said the President.

He later inspected the constructed Forward Operating Base (FOB) where he addressed the newly trained troops that will soon take charge of the area.

As part of the transition plan, and in line with the implementation of AMISOM Concept of Operation, AMISOM is finalizing the construction of Sabiid Anole permanent FOB which will be handed over to SNA. 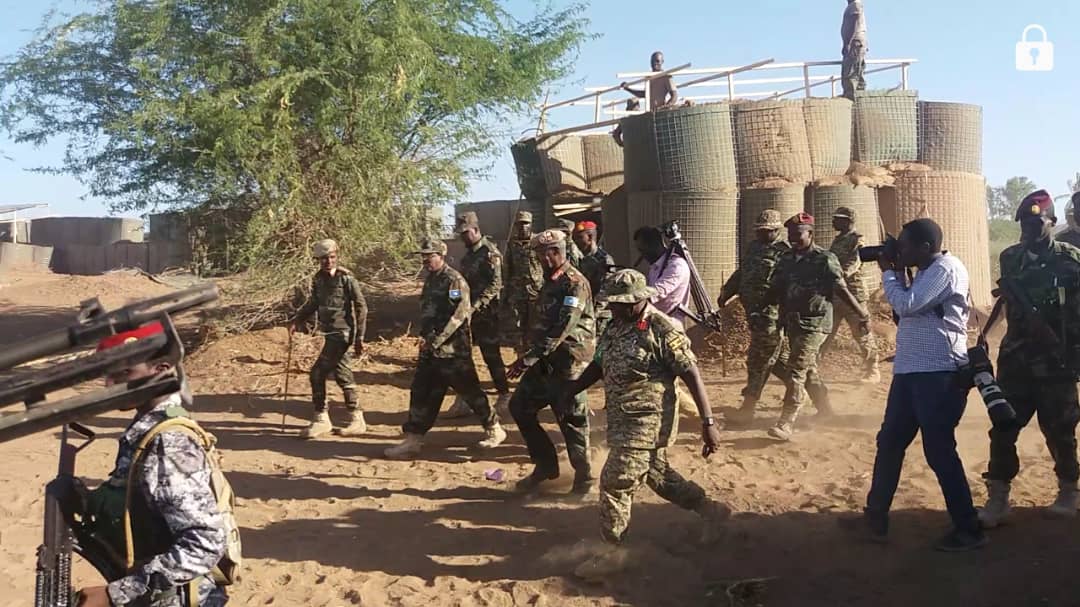 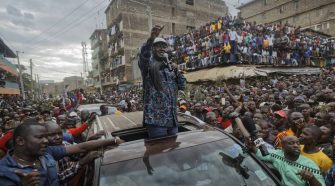 “No Turning Back,” Odinga Vows as Kenya Braces for Tuesday’s Announcement