The President of Somalia, H.E Mohamed Abdullahi has today received the UPDF Chief of Defence Forces Gen David Muhoozi who is on a routine visit to the UPDF troops serving under AMISOM. The meeting took place at Villa Somalia in Mogadishu.

The President appreciated the continued sacrifice by the UPDF in providing security and capacity building to the Somalia National Army.

He commended Uganda’s leadership and the people for the positive role they are playing to provide regional stability.

Gen Muhoozi later met the Special Representative of the Secretary General for Somalia, Amb Michael Keating with whom he shared the need for the international community to remain engaged in Somalia and support the government to implement a strategy for a comprehensive solution to the existing challenges.

The Chief of Defence Forces who started off his day with an address to the soldiers, was accompanied to the meetings by Ambassador Maj Gen Nathan Mugisha and Defence Spokesperson Brig Richard Karemire. 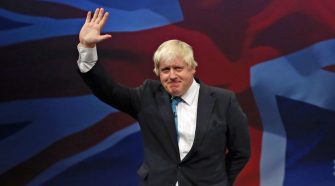