Rwandan President Paul Kagame has thrown down the gauntlet on South Africa and warned that if Pretoria does not rein in its top officials to mend relations between the two counties, there is a risk of a further fallout that could also cause political instability in the Great Lakes region.

At the centre of the dirty diplomatic tussle are several issues: South Africa giving refuge to former Rwandan army chief General Kayumba Nyamwasa and other “dissidents”; the 2013 murder of former intelligence boss Colonel Patrick Karegeya in Sandton; the expulsion of diplomats from both countries in a tit-for-tat standoff; and a South African judiciary inquest into the murder of Karegeya.

Rwanda blames South Africa for the instability in Central and East Africa, where rebel activities are linked to Kagame’s political foes exiled in Pretoria, who were believed to come to the Great Lakes region via Uganda to recruits rebels, allegedly with the support of President Yoweri Museveni’s government.

So tense are relations between the two East African neighbours that there was even talk of war and closing borders, which would cause further instability in the region.

But Kigali is adamant the genesis of the problem is in South Africa, recently voted into the UN Security Council as a non-permanent member and the only African country there.

Speaking in an exclusive interview with The Star in Kigali, a frustrated Kagame said although he seemed to enjoy cordial relations with President Cyril Ramaphosa, it appeared that top South African officials were using their control and influence in government systems to block efforts to fix the broken relations between the two countries.

The two leaders have met on the sidelines of events such as the AU summit in Addis Ababa, Ethiopia, and the BRICS gathering in South Africa last year, where Kagame represented the AU as its then chairperson. They agreed to work together to fix the worsening relations.

The two also met in Cape Town two weeks ago, where Kagame was a guest at the Young Presidents Organisation’s event for young global chief executives, thought leaders and opinion makers.

But almost a year after they first agreed to address the fallout over South Africa’s 2010 decision to stop issuing visas to Rwandans on ordinary passports, nothing has been done, confirming Kagame’s fears that the South African system was frustrating the heads of state’s efforts to better relations between the countries, which both turn 25 next month.

“We don’t deny South Africans visas to travel to our country, but the reverse to South Africa is not the same,” Kagame told The Star. “These matters have come up and the president (Ramaphosa) was very open about it; it was public, he gave instructions. (But) nothing happened in the opposite direction somebody somewhere blocks it and doesn’t want it to happen.”

Kagame said South Africa chose his exiled opponents over a better relationship with Rwanda. “Those individuals who live in South Africa, if you trace back how they came there, there is something wrong with what they were involved in. Under normal circumstances they wouldn’t be welcome in South Africa, let alone be preferred in terms of relationship,” said Kagame.

“So here there’s a bizarre situation. Someone in the government of South Africa would rather associate with those bad groups living in South Africa who have a bad history and have done terrible things which they should be held accountable for.

They prefer that, and use their authority to even go further to try to create problems for us.”

What has angered Kigali in the latest diplomatic skirmish was a press conference where Sisulu was asked a question by a journalist on whether the “dissidents” were willing to come home and negotiate with Kagame.

“You saw authorities of government saying they have met with those groups and that they are inclined to negotiate; they want to talk to us, coming out of nowhere. That was absolutely bizarre. If anyone finds that normal, I would be surprised,” said Kagame.

He added that South Africa had not spoken to Rwanda about meeting them and the alleged bid to negotiate with Kigali until they saw it at the media briefing.

“When we saw it, we were taken aback. And of course, at the same time, these individuals were busy in the media, making all sorts of statements.

“It is as if they are energised by statements made by officials of the South African government. They are really hyped up.

“And so I don’t know where that leads us. But we are patient enough. We have been trained by our history and our problems to be very patient, almost inexhaustibly patient, so that we don’t get diverted from doing what we want to do for ourselves and our country, and move on.”

But Kagame felt that South Africa had not shown a keen interest in patching things up and that the attitude towards Kigali, especially coming from another liberation movement and with both countries sharing a history of a painful past, showed contempt for Rwanda.

“We remain steadfast and calm and appreciative of what a good relationship should entail, and embrace it. The door is open when South Africa finds it more appealing to deal with us than with those groups.”

Article by The Star 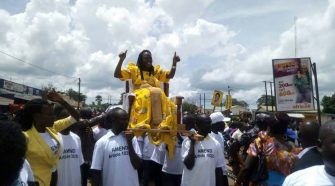