Award-winning South African rapper, Nasty C is in Uganda ahead of his explosive music experince at the DJ Snap Off scheduled for Friday evening at Club Guvnor.

David Nsikayesizwe Junior Ngcobo, aka Nasty C is a rapper, song writer and record producer considered one of the most talented South African performers and is widely regarded as one of the country’s best young rappers.

Nasty C who appeared at a press conference at Skys Hotel Naguru on Thursday couldn’t hide his excitement at the prospect of performing in Uganda.

The rapper is know for his hit single “Way It Go” featuring Tumi and Youngsta. He also featured on the hit song “Particula” alongside Nigerian rapper Ice Prince and American star Jiddena.

Annette Nakiyaga, Head of Luxury Portfolio at Uganda Breweries Limited promised a night that would be one-of-a-kind and which no one should miss, as revelers are to be treated to a Singleton experience of immediate pleasure in its entirety.

The night has in the past featured international artistes like Ghanaian singer Magnom.

Responding to a question on what he expects from phis fans back here in Uganda, Nasty said, “I come out out here to have fun and turn up hopefully I will connect with some artists from here”.

“I can’t wait to rock the party,” the singer said.

The DJ Snap Off at Guvnor will as well feature performances from Ugandan rap group Bantu Vibes and DJ mixes from Selector Jay, DJ Simples, and DJ Baby Love all under one roof.

The DJ Snapp Off is a face-off event where guest DJs show off their skills on the decks as patrons share the exciting performance live on popular social media platform Snapchat. 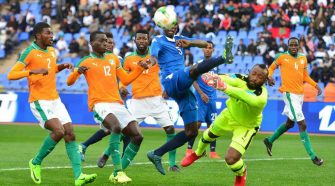