South Sudan have Tuesday afternoon beaten Uganda’s U23 national football team, Kobs, 2-0 in Juba, eliminating them from the AFCON U23 qualifiers.

Kobs had on November 14, defeated South Sudan 1-0 in Kampala but Uganda’s loss today has helped the northern neighbours overturn the Kampala result with 2-1 goals on aggregate and advance to the second round to meet Tunisia.

South Sudan opened the deadlock in the 7th minute through Michael Taku Peter, before Mbarara City star, Makueth WO, netted the second in the added minutes of the second half.

The elimination of the Wasswa Bbosa side by South Sudan is a shock to many football fans not only because Uganda has in the past severally thrashed them, but also, little is known about South Sudan in African football.

Knocking out Kobs from AFCON qualifiers has come at a time when the senior side, Cranes, has just qualified for the 2019 AFCON tourney in Cameroon for the second back to back time after decades.

This is the second time Uganda has been participating in these qualifiers. The first time, Kobs were eliminated from the second round by Egypt four years ago.

AFCON U23 is played after every four years and acts as a qualifier to the Olympic games. A total eight teams play at the final tournament.

The 2019 AFCON U23 is its third edition and will be hosted by Egypt from November 8-22 next year. 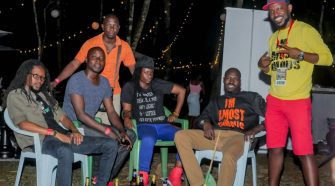 PICTURES: Revellers Blast Away in the Wild at Frosty Forest Party